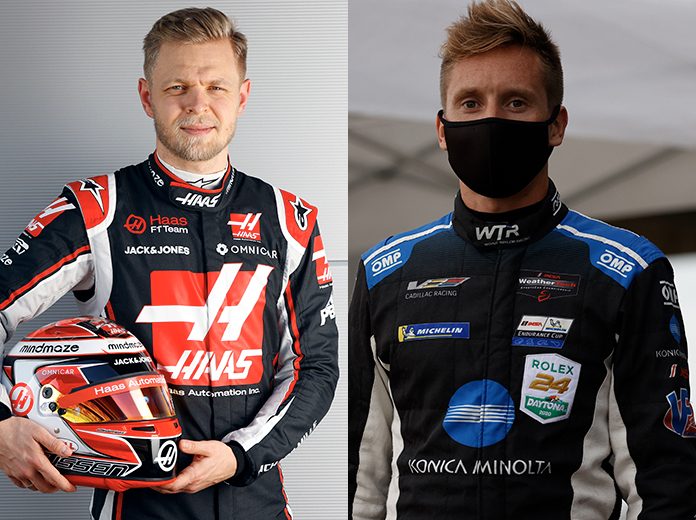 CONCORD, N.C. – Chip Ganassi Racing announced Thursday that Kevin Magnussen and two-time Rolex 24 winner Renger van der Zande will lead the team’s Cadillac DPi lineup during the upcoming IMSA WeatherTech SportsCar Championship season. Magnussen, 28, is currently competing in the Formula One World Championship with the Haas F1 Team. Prior to Formula One, Magnussen competed in the Formula Renault 3.5 Series with DAMS and won the championship in 2016 with five wins and 13 podiums. Van der Zande joins Chip Ganassi Racing after most recently competing in the IMSA WeatherTech SportsCar Championship for Wayne Taylor Racing. “I’ve been fortunate enough to have raced and won with Scott [Dixon] in sports cars and I think he really embodies what the whole Chip Ganassi Racing organization is all about,” van der Zande said. “It’s a first-class operation and the team knows how to win the big races.