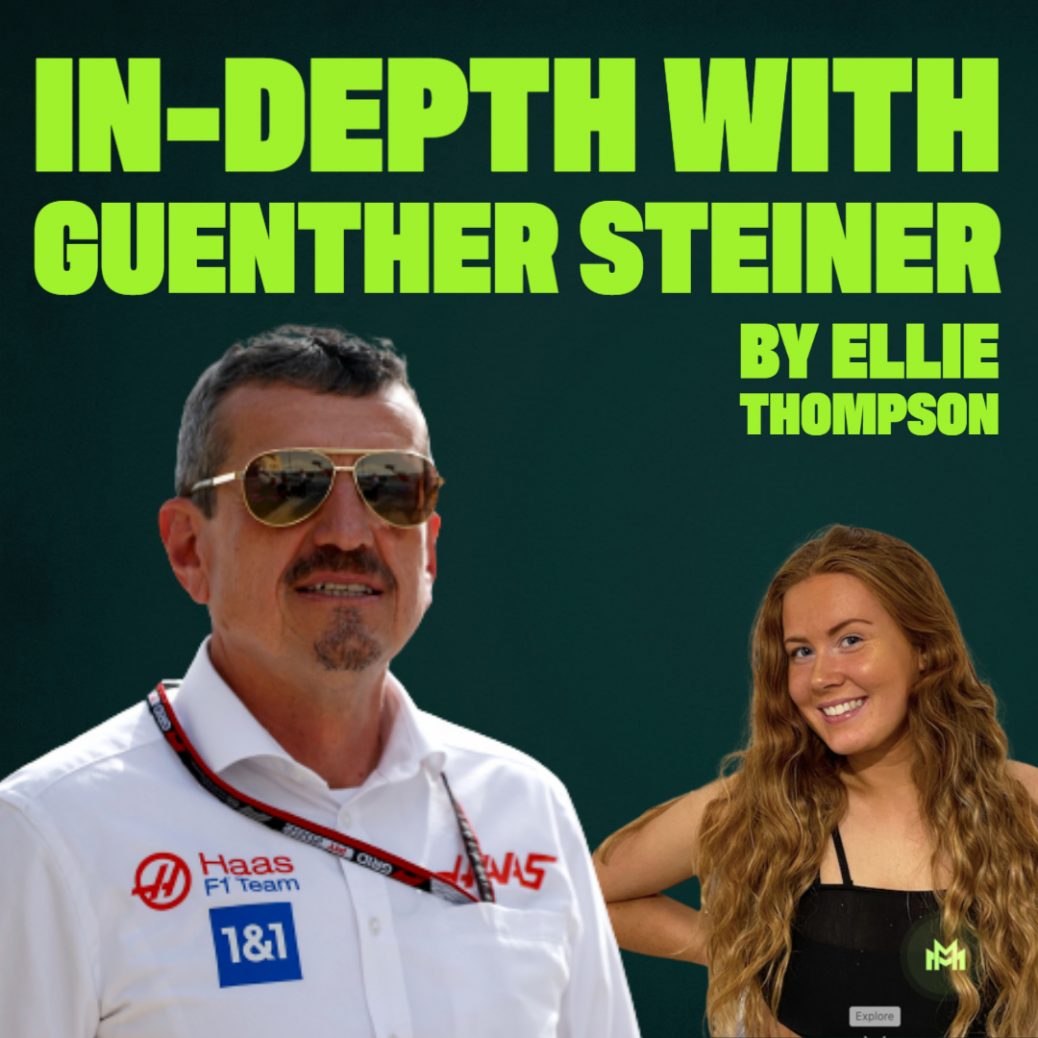 In Depth with Guenther Steiner

Not only is Guenther Steiner a huge Netflix star after fans all over the world fell in love with his comedic honesty in Drive to Survive, but he is also Team Principal at Haas F1 Team with a career in motorsport spanning across 30 years.

Born in Merano, Italy, Guenther himself tells Motormouth how motorsport wasn’t really a thing in the town he was born, with more of a focus on skiing. There was once a race in Merano – the GP of Supercortemaggiore 1953 – won by Juan Manuel Fangio, however, Guenther explains how the race was prohibited due to environmental issues. Despite the lack of motorsport in Merano, it quickly became part of Guenther’s life.

You can access the full MotorMouth exclusive podcast with Guenther Steiner here, or using your favourite podcast client here .

After completing a year of national service in the army, Guenther fell into rallying. “I looked around and found an advert in a magazine looking for rally mechanics in Belgium,” he says. “I applied and got the job in 1986.”

Guenther talks about the support of his wife – Gertraud – throughout his career, particularly in the years he began to break into the motorsport world. In the mid 1990s, they moved to England, a move Guenther refers to as his “biggest, best move” since there were more motorsport related opportunities in the UK compared to in Italy. “You broaden your horizons going to different countries,” he says. “Every day is exciting if you do something new.”

In 2001, Guenther was scouted by the late Niki Lauda for Jaguar Racing and he made the move to Formula 1. He believes it was the right time for him to move, but also, after meeting Lauda for the first time, he knew they were going to get on well. Lauda became Guenther’s mentor when he was starting out in F1. “If you go in [to F1], you need to have a good mentor,” he says. “Having Niki as a mentor… it couldn’t get much better than that.”

When Red Bull Racing bought Jaguar in 2004, Guenther became the team’s Technical Operations Director, a role which was more managerial, in the business and sporting side of F1.

Through Red Bull’s team owner Dietrich Mateschitz, an opening appeared in NASCAR and Guenther made the move across the Atlantic with his wife. He worked with Team Red Bull in NASCAR as their Technical Director from 2006 until 2008. “I had no idea that at some stage I would try to establish an f1 team in the USA,” Guenther explains. “That is not why I came here.”

After leaving his role with Red Bull, Guenther stayed in America and developed his own company, which became his prime focus for a few years during a hiatus from Formula 1. Guenther met different people, received phone calls from those working in F1, and soon, he was trying to create a US-based team, USF1.

USF1 didn’t come to fruition, however, after discussions with current CEO of F1 Stefano
Domenicali (who was working at Ferrari at the time), Guenther began to draw up a business plan, to see if introducing a third car – a customer car – would be viable. “All of a sudden, you’re back in this whirlwind of formula 1 without even trying to be in it,” Guenther says.

Guenther met with Gene Haas and proposed his business plan. Although it took some time, Gene agreed and the pair began to push for a Formula 1 entry. The team they entered is the Haas F1 Team we know today. “I did it all myself; the presentations, the business plan, everything,” Guenther explains. “I didn’t have anyone doing it for me. “We worked together with Ferrari. We didn’t change anything, we just adapted to the rule changes.”

The first series of Drive to Survive was released on Netflix in 2019, covering the 2018 F1 season and Guenther became a fan favourite, most probably after the amount of times he used profanities when he was on screen. “I don’t care if they [Netflix] follow me,” Guenther says. “A lot of people said it’s hard to work with Netflix, but I actually said in one meeting, ‘it’s not hard work for me’. “I’m not changing my behaviour and I think you can see that. This is what’s going on; that
was the easiest job of them all.”

The third season of DTS dedicated a whole episode to Haas driver Romain Grosjean’s accident at the 2020 Bahrain Grand Prix. An accident which terrified teams, drivers and fans alike, Guenther remembers what it was like watching it unfold in real time.

Once Romain was out of the car, Guenther’s priority was then to relay that positive information to his team, other teams and drivers in the paddock or pit lane, and everyone all over the world watching on in horror. Then, it was up to the FIA and Formula 1 to ensure that an accident like that would never happen again. “The safety measures put in in the last 20 years really work; they all help someone,” Guenther explains. “But, you can always do better. There’s always something we can improve and that’s in general, in life. “The lucky thing was that Romain could get out of the car, that he wasn’t unconscious. That was lucky.”

In March 2021, ahead of the F1 season beginning, Guenther told Harry and Tim that Haas knew they weren’t strong. With two rookies – Mick Schumacher and Nikita Mazepin – in the car, the goal for 2021 was for them to learn how Formula 1 works. Now, however, after Haas ended their contract with Nikita Mazepin and title sponsor Uralkali after the Russian invasion of Ukraine, Kevin Magnussen has returned to F1 to partner Mick Schumacher for 2022.

Haas are on the up this season and are looking more like a midfield car compared to trailing behind for the past couple of years. Even Guenther himself said, “you can always make a comeback.”