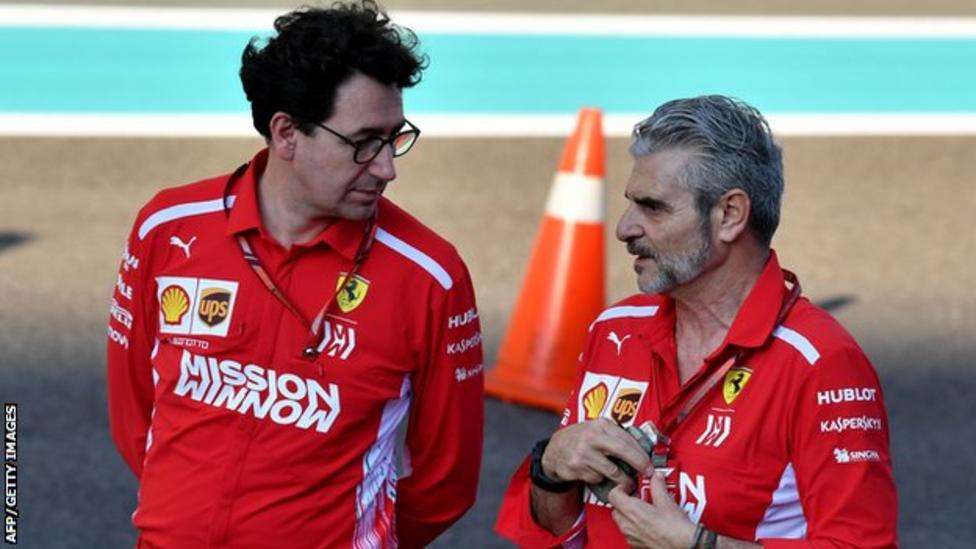 Maurizio Arrivabene has been replaced as Ferrari team principal by former technical boss Mattia Binotto, sources close to the team say.
Marchionne’s intention before his death had been to remove Arrivabene and replace him with Binotto, who had led the team’s technical department to a series of widely copied design innovations since 2016.
Ferrari’s failure to win the title last year was largely down to mistakes from lead driver Sebastian Vettel, and failures of operational management, for which Arrivabene had overall responsibility.