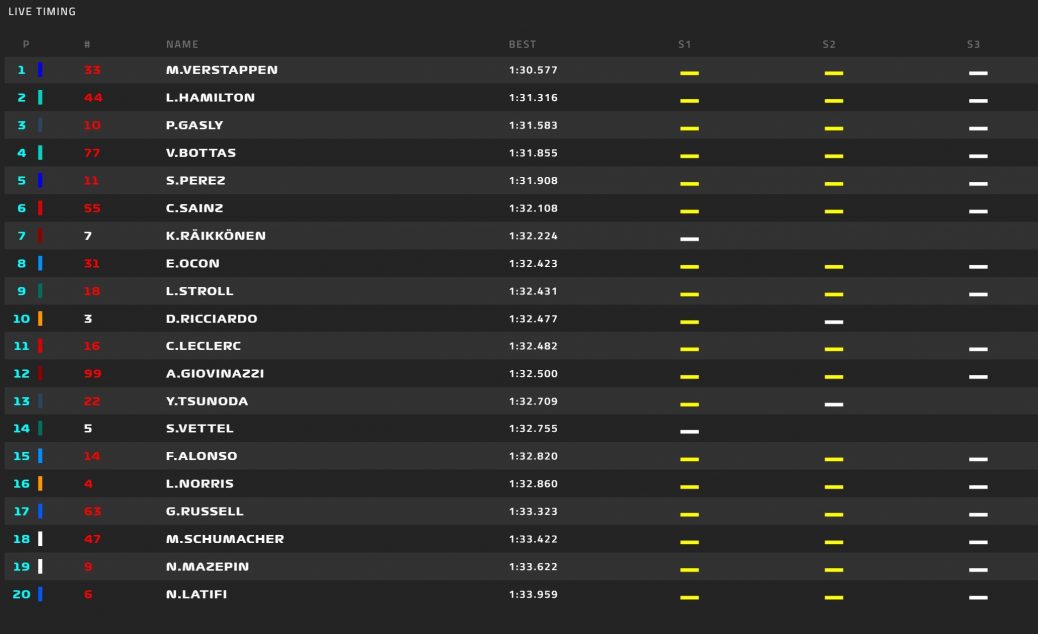 LEWIS HAMILTON is back as he looks to become the first man in history to win eight F1 world championships. Get Lewis Hamilton to make PODIUM at F1 Bahrain GP at 20/1!. Mercedes’ Lewis Hamilton second with 1m 31.316s and Pierre Gasly with AlphaTauri third on 1m 31.583s. Lando Norris had time to wave at his pal Carlos Sainz as he whizzed past him on Bahrain practice. Most drivers have been out on the softs until now but the Red Bull man has a fairly used looking hard set on. The Red Bull man is quickest in the second session of the season as he fires a warning to world champion, Lewis Hamilton. Lando Norris in P2 and Lewis Hamilton in P3 – the same as FP1. And Max Verstappen is looking very strong as he sits at the top of the timesheets.Lando Norris in P2 and Lewis Hamilton in P3.