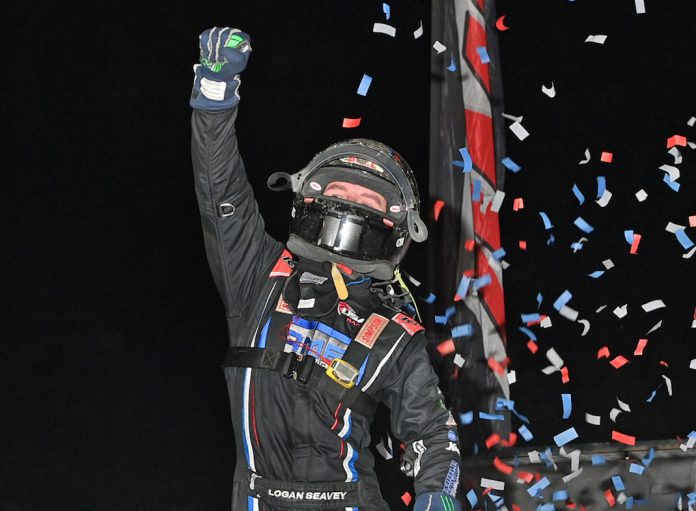 — Friday night’s introduction to the 2020 edition of NOS Energy Drink Indiana Sprint Week at Gas City I-69 Speedway produced one of the wildest finishes in the 33-year history of the series. Thomas’ car came to a stop while Seavey motored on without stopping, bent draglink and all. Seavey took back the lead on lap 22, and at moments, was able to extend the advantage to three or four car lengths over Thomas. Exiting turn two, Thomas had one of two decisions to make – either follow Rogers into turn three or try to split to the outside in front of Seavey. While Thomas stopped, Seavey miraculously kept his ride off the guardrail and continued. “(Thomas) got that big run off the bottom getting in,” Seavey remembered. “We had the lapped car on the bottom and my only shot was to squeeze up to the top getting into three,” Thomas explained.