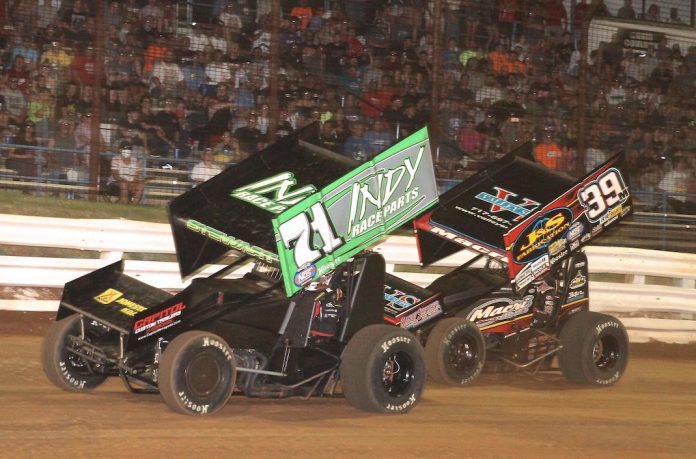 Shane Stewart Breaks Through At The Grove

MECHANICSBURG, Pa. — After another opportunity gone off the rails, Shane Stewart was seemingly left for the racing dead once the 2019 sprint car racing season ended. But the opportunity he thought he’d possibly never get again was suddenly there for the taking and once a path to victory became clear, Stewart never wavered. “The stars have to align to win these races and I felt like the ball was in my court,” Stewart said. Stewart timed seventh of the 35 cars that entered Friday’s preliminary event to Saturday’s $20,000-to-win event, which put him on the outside of the front row in heat three. Using the top from the onset, Stewart once again powered his way into clean air, which eventually put him on the pole for the 25-lap main event. “I just knew I needed to hit my marks,” Stewart said.