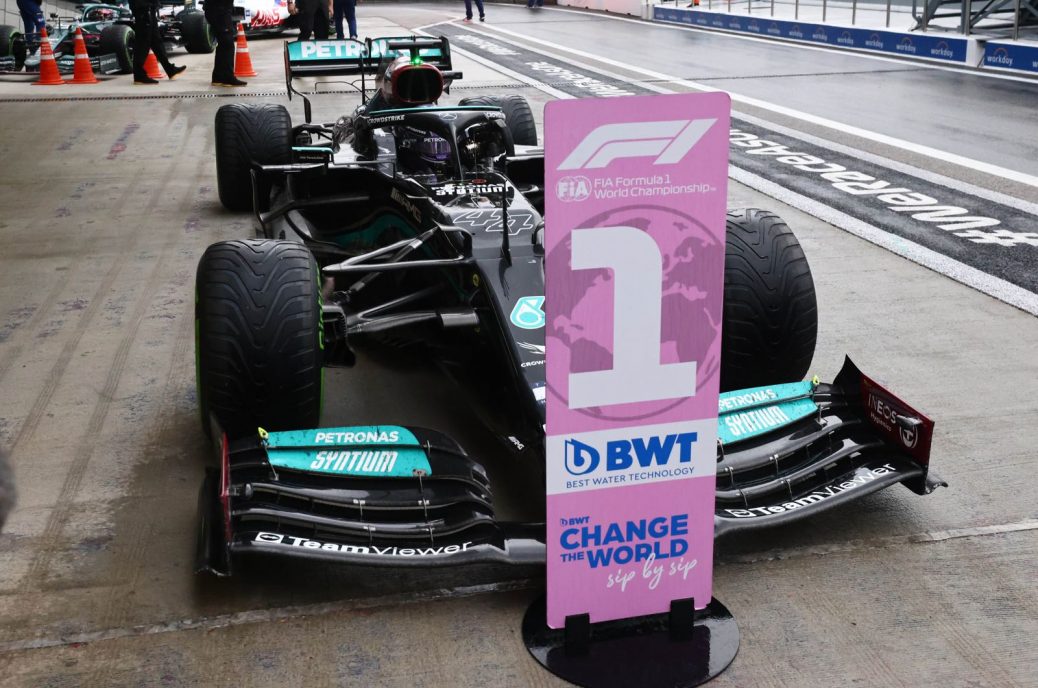 Lewis Hamilton won the 100th grand prix of his career after rival Lando Norris slid off in the rain. At the end of lap 1 the order was: Sainz, Norris, Russell, Stroll, Ricciardo, Alonso and Hamilton. Lap 13 was a lucky one for Norris as he took the lead. Norris pitted at the end of lap 27, handing the lead to Perez who had stayed out while others pitted. Norris went back out front when Perez stopped at the end of lap 36. When McLaren asked Norris if he wanted to pit he said: “NO!”. At the start of lap 50 Norris had a 25 second lead over Hamilton, but the latter was closing fast. On lap 51 Norris slid off the track and Hamilton took the lead.