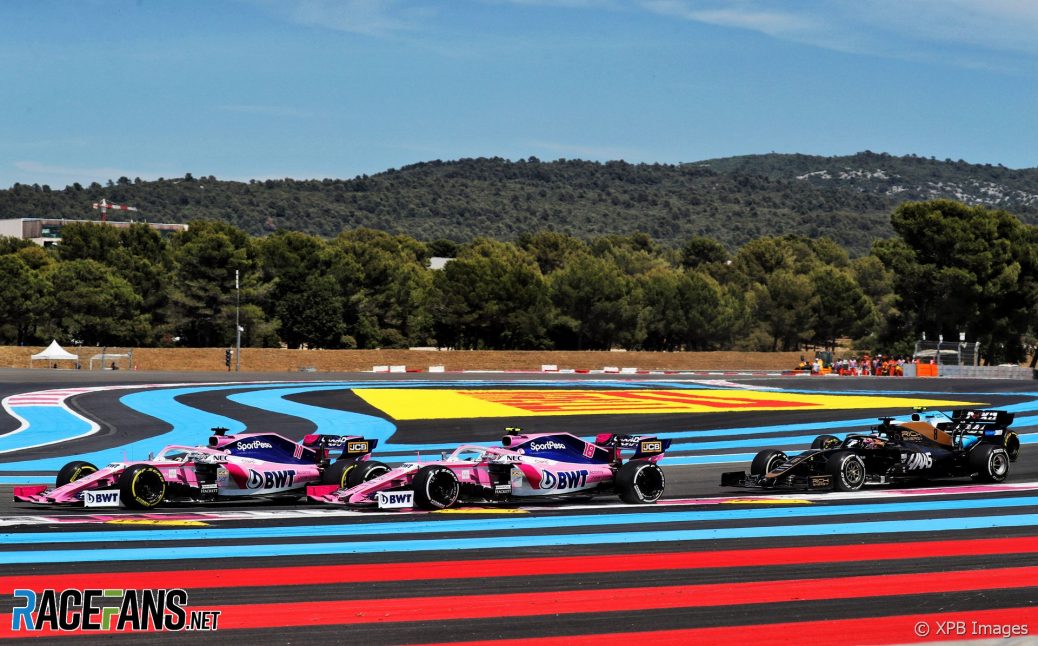 Fia race director Michael Masi says Sergio Perez could have avoided his penalty in the French Grand Prix by giving back the places he gained by going off the track on the first lap.
Perez was given a five-second time penalty after he was found to have gained places from two drivers by going off at turn three, despite following the correct route through the run-off area.
Perez complained he had been given a penalty despite following the instructions on how to rejoin the track after going off at turn three.