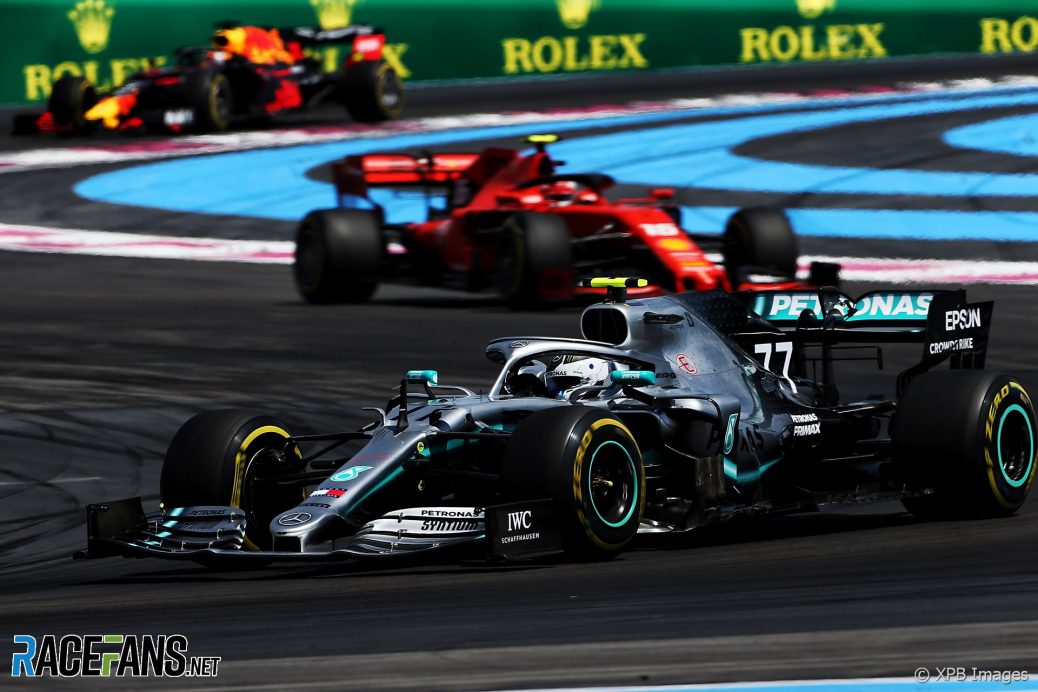 Charles Leclerc said he was surprised to suddenly catch Valtteri Bottas in the final laps of the French Grand Prix.
Leclerc was eight seconds behind Bottas with eight laps to go but started the final lap within DRS range of the Mercedes.
Bottas revealed Leclerc was able to catch him because he was having trouble with his tyres, which was aggravated by the Virtual Safety Car period.
Charles Leclerc: “We were a little bit concerned and just wanted to be on the safe side so we would definitely make it to the end without any failure on the front tyre.”