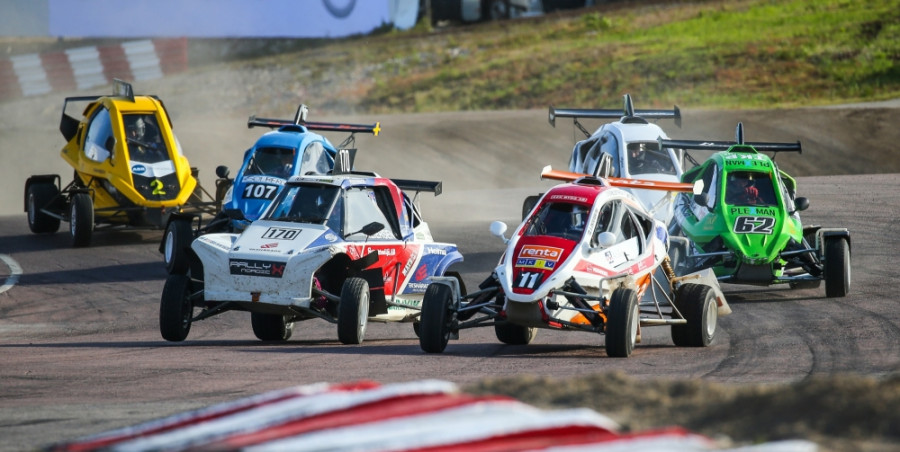 Action on track got underway on Friday afternoon, with two qualifiers for the FIA European Rallycross Championship for Super1600, a special Crosscar Star Challenge along with Free Practice for Euro RX Supercar and the RX2 International Series.
In Euro RX Super1600, Russia’s Egor Sanin was quickest in Q1 with a Renault Twingo, before Championship leader Nuriev won the last race of Q2 and was quickest to take the TQ position.
Second is Norway’s Marius Bermingrud, Sanin is third and Great Britain’s Jack Thorne fourth, the trio having their best runs of the season so far.