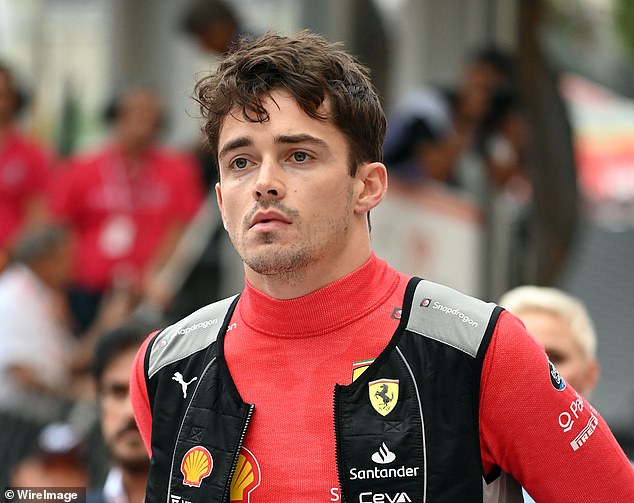 ‘No words… we cannot do that’: Charles Leclerc fumes at his Ferrari team after a botched strategy at the Monaco Grand Prix saw him dragged into the pits and lose his grip on first… with home favourite finishing fourth

Charles Leclerc was far from happy with his Ferrari team after they got their strategy all wrong at the Monaco Grand Prix. Leclerc entered his home race on pole after coming out on top in qualifying on Saturday. Team-mate Sainz was brought in for dry tyres and race engineer Xavier Marcos Padros told Leclerc to follow suit. The team then changed their mind team but Leclerc was already in the pit lane and swearing over team radio and questioning Ferrari’s indecisiveness. Monaco is a notoriously hard track to overtake on and Leclerc was fully aware, dismissing his team’s attempt to give him information in the latter stages of the race.