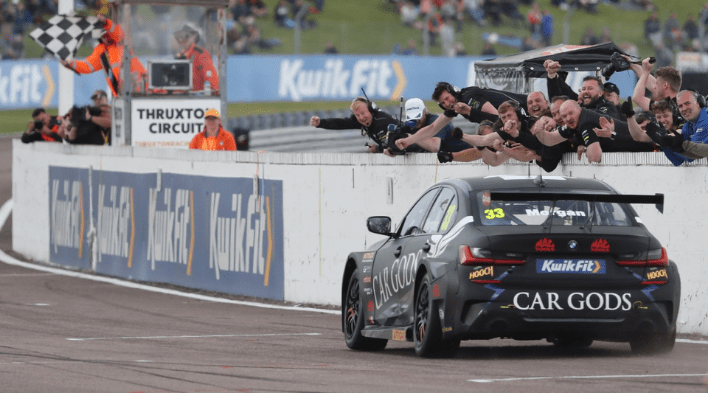 Car Gods with Ciceley Motorsport’s Adam Morgan rounded off a memorable day by claiming victory in Round 9 of the Kwik Fit British Touring Car Championship at Thruxton. The BMW driver had already reached a huge milestone in the UK’s premier motorsport series, having contested his 300th race in the second bout earlier in the day. It’s a mega day for everyone; everyone at Car Gods, everyone at Ciceley Motorsport and Mac Tools. That’s what we need, just working through it, the car is fast and we can do it. Colin Turkington said: “It’s been a really good day at Thruxton. Ash Sutton said: “I enjoyed that one, I felt at one with the car. Jack BUTEL (GBR) Bristol Street Motors with EXCELR8 TradePriceCars.com +1 lap24.