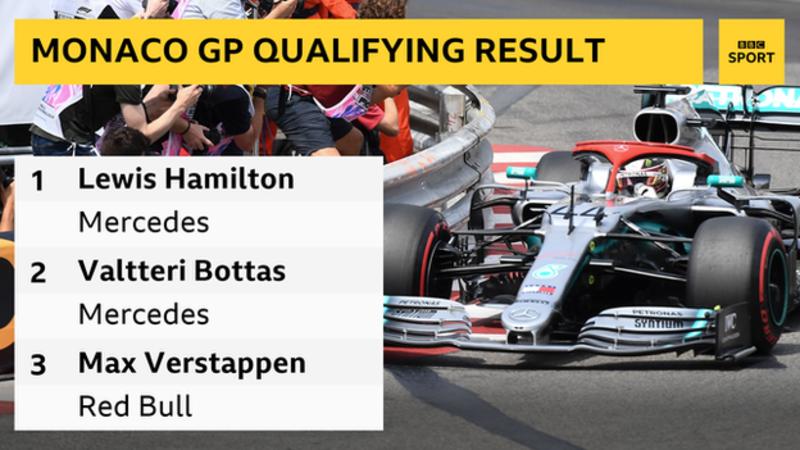 Lewis Hamilton snatched Monaco Grand Prix pole position from Mercedes team-mate Valtteri Bottas with his last lap of the session.
Hamilton, often on the back foot in qualifying, took pole by 0.086 seconds.
But the story of the day was in many ways Ferrari’s strategic error that saw Charles Leclerc knocked out in the first session.
Ferrari elected not to send Leclerc out for a second run, and the Monegasque will start 16th for his home race.
Red Bull’s Max Verstappen was third, ahead of Ferrari’s Sebastian Vettel, who was the man who knocked out Leclerc.