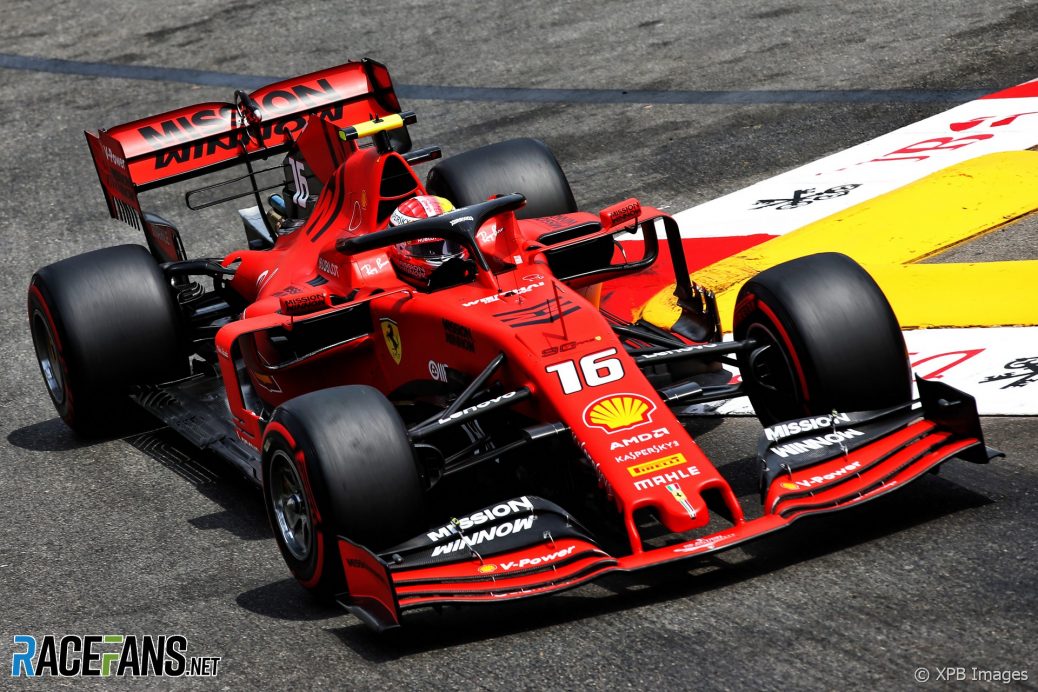 Charles Leclerc said he asked his Ferrari team whether he should do another run before he was eliminated in the first stage of qualifying for the Monaco Grand Prix.
“I asked whether they were sure,” Charles Leclerc told Sky.
Leclerc failed to stop at the weighbridge when indicated to and had to be pushed back to it.
But he said he still had time to do a final run despite this interruption.
Charles Leclerc: “The weighbridge was not the problem, we still had the fuel to go again and only change tyres.”