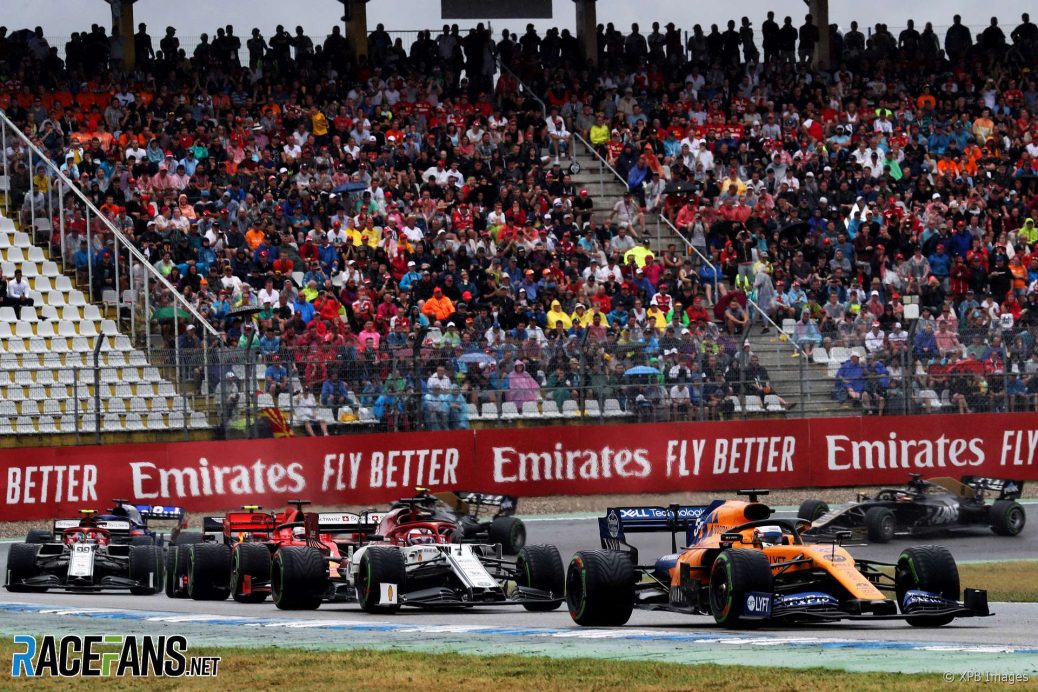 Carlos Sainz Jnr said missing out on a potential podium finish felt “bitter” but he believes McLaren made the correct strategy calls during the German Grand Prix.
Sainz ran as high as fourth during the race but could have finished on the podium had he not fallen behind Lance Stroll and Daniil Kvyat after their early switches to slick tyres during the penultimate Safety Car period.
Most drivers pitted for slicks just before half-distance in the race, but Sainz said he felt the track was not dry enough.