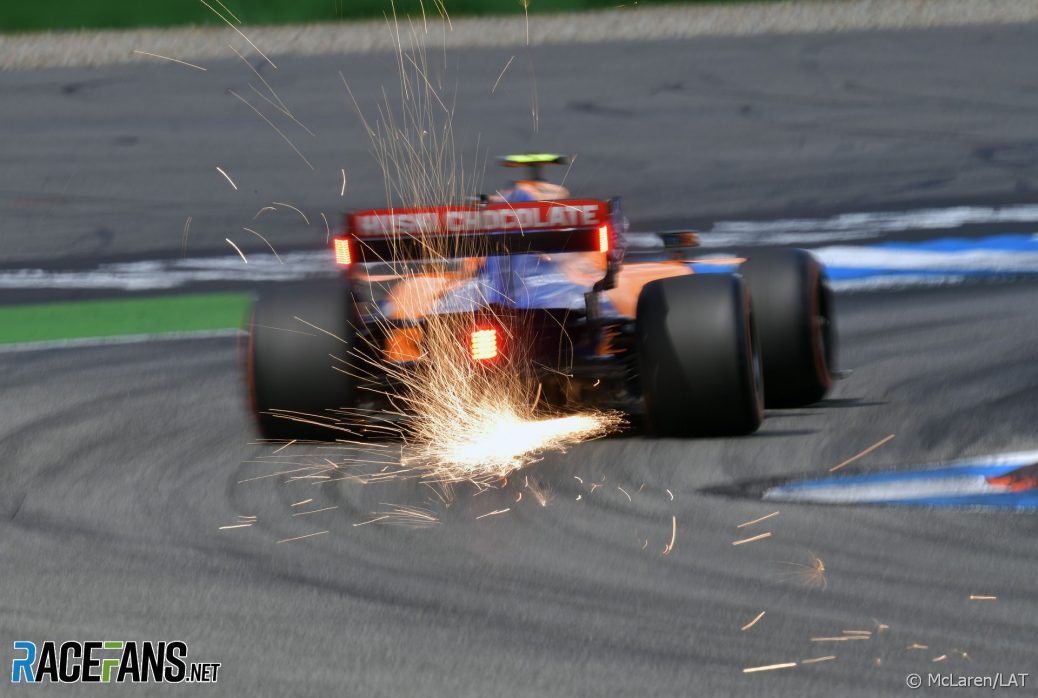 Ten of the best pictures which tell the story of the 2019 German Grand Prix weekend.
A better problem compromised his attempt to get out of Q1, and his race was ruined by a power unit failure just after he got ahead of his team mate.
Unfortunately for them, their home race yielded their worst result of the season so far.
Haas gambled during an early Safety Car, and briefly had Kevin Magnussen up to second.
Team Principal Guenther Steiner ordered Magnussen to let Romain Grosjean past after the pair made contact for the second race in a row.
Browse all 2019 German Grand Prix articles.