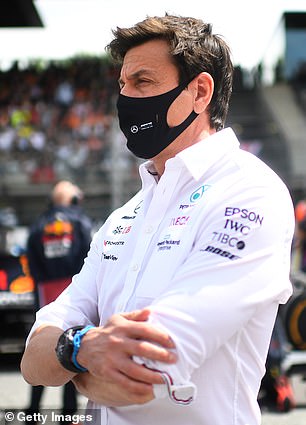 MARTIN SAMUEL: Lewis Hamilton and Max Verstappen’s rivalry is personal, has a real edge and is EXACTLY what F1 needed… the sport was becoming a procession and even Mercedes knew a challenge to their dominance was overdue

On the steps of the media building, Christian Horner and Toto Wolff passed. Red Bull’s team principal had just done his stint for the FIA, his equivalent at Mercedes was about to go in. After their collision which put Verstappen out of the race – Hamilton received a ten-second penalty, won anyway, and Red Bull are still seething – it would appear the breakdown is irretrievable. And while Red Bull, the team, may state that their appeal to the FIA stewards this week did not take the form of a personal attack on Hamilton, those who have seen the evidence – not least Mercedes – are unconvinced. On all three occasions, it was Red Bull that suffered the greater consequence.