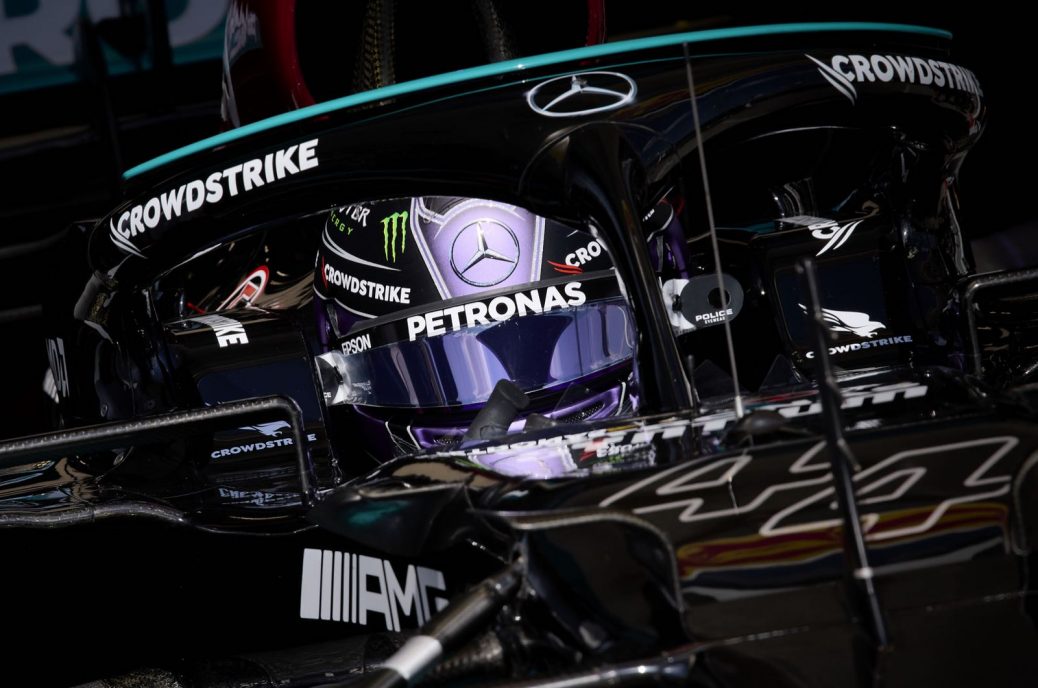 Lewis Hamilton and Valtteri Bottas qualified first and second for the Hungarian Grand Prix, giving Mercedes yet another front row lockout. Hamilton and Bottas waited four minutes before heading out, as did Verstappen. Bottas clocked a 1:16.610, and then Hamilton crossed the line at 1:16.424. The fastest 15 drivers who moved on to Q2 were: Verstappen, Hamilton, Bottas, Sainz, Gasly, Stroll, Norris, Leclerc, Vettel, Perez, Ocon, Raikkonen, Ricciardo and Giovinazzi. The top 10 qualifiers would start the race using the same compound tires they used to clock their fastest lap time in Q2. Hamilton, Bottas and Verstappen headed out on the mediums, as did Perez. Verstappen crossed the line with a 1:16.769, and Hamilton beat that at 1:16.553. The fastest 10 drivers who moved on to Q3 were: Verstappen, Norris, Gasly, Perez, Alonso, Hamilton, Leclerc, Bottas, Ocon and Vettel. Verstappen headed out in front of Bottas and Hamilton. Hamilton took the provisional pole with a 1:15.419 ahead of Bottas, Verstappen, Perez, Leclerc, Ocon, Gasly, Alonso and Norris. The top 10 were: Hamilton, Bottas, Verstappen, Perez, Gasly, Norris, Leclerc, Ocon, Alonso and Vettel.