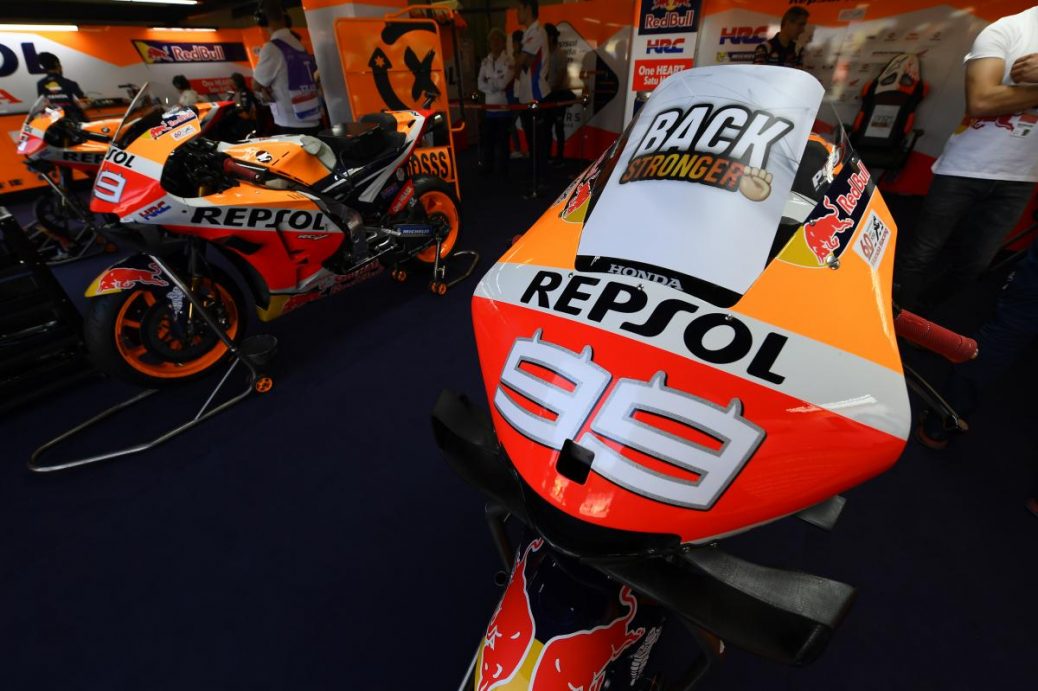 As he pushes to regain fitness, Repsol Honda and Jorge Lorenzo have opted to delay the Majorcan’s return from injury until Silverstone.
Jorge Lorenzo will not make his comeback from a back injury until the British Grand Prix on August 25th, it has been confirmed.
Having missed the German Grand Prix the following week, Repsol Honda Team Manager Alberto Puig later identified Brno in early August as the likely scene of his comeback.
However the team and Lorenzo have decided to delay his return.
It has been a tough debut year in Repsol Honda colours for Lorenzo, who has yet to score a top ten finish aboard Honda’s RC213V.