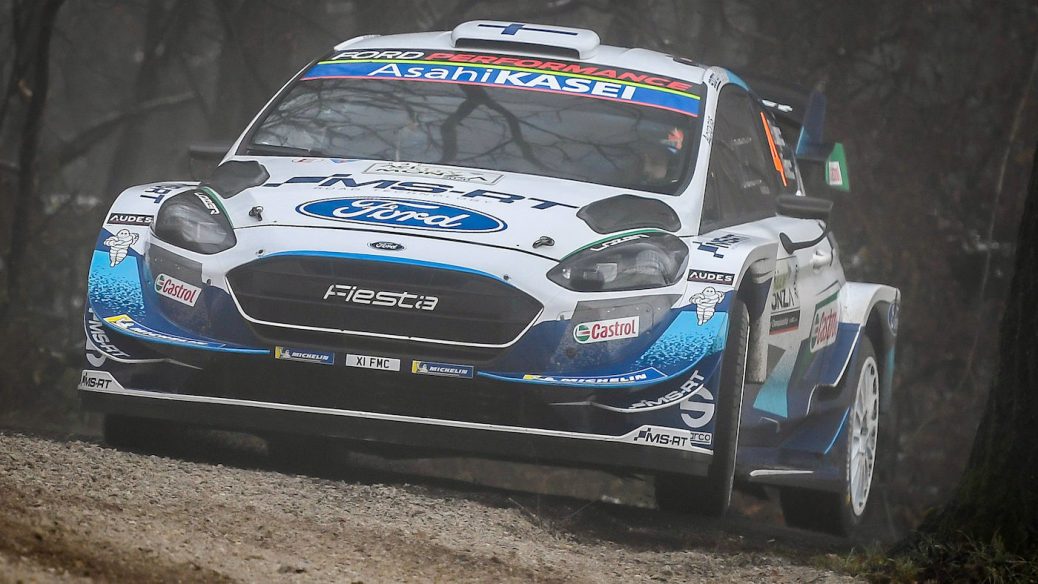 A brave tyre bet paid dividends for Esapekka Lappi who slithered into the lead of ACI Rally Monza on Friday morning amid treacherous conditions. The extra grip enabled Lappi to win the stage by 7.9sec in his Ford Fiesta and vault into the lead of this final round of the FIA World Rally Championship season. He was 3.3sec clear of Dani Sordo, who won the first stage to demote overnight leader Sébastien Ogier. Sordo had a scare when the engine of his Hyundai i20 briefly stopped and would not restart after SS3 before eventually firing into life. Ogier was fourth in his Toyota Yaris, and first of the four men chasing the drivers’ world title. He was only 1.1sec behind Ogier and 2.9sec ahead of championship leader Elfyn Evans. Teemu Suninen limped through both stages with an engine problem in his Ford Fiesta.