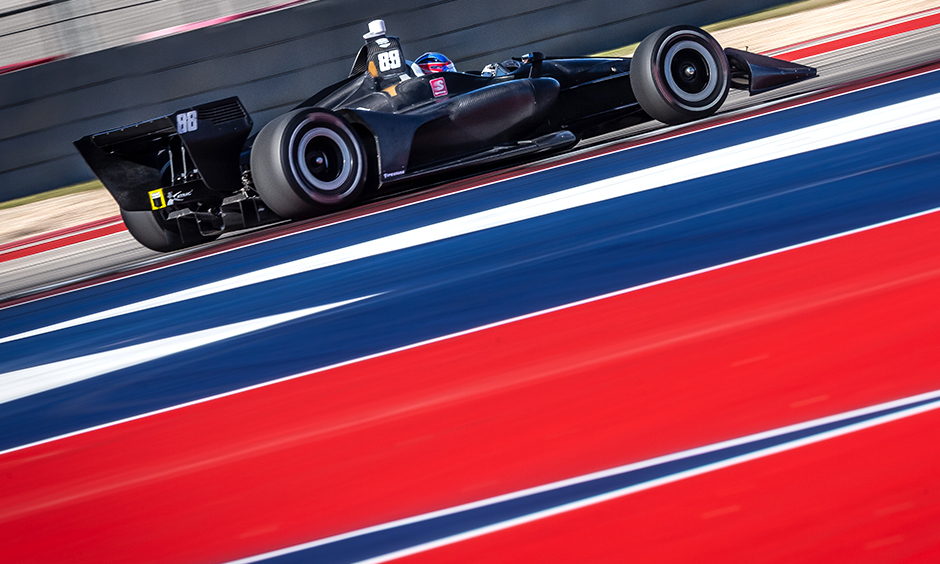 Austin, Texas – Maybe there’s something to the fact that Colton Herta is driving an unpainted, unwrapped Indy car, while the rest of the NTT IndyCar Series drivers participating in INDYCAR Spring Training at Circuit of The Americas are running in liveried machines.
While it wasn’t his best overall lap of the two-day test featuring 25 NTT IndyCar Series drivers – Herta clocked a lap of 1:46.6258 Tuesday afternoon – it was still nearly four-tenths of a second ahead of the competition for the third of four scheduled sessions.