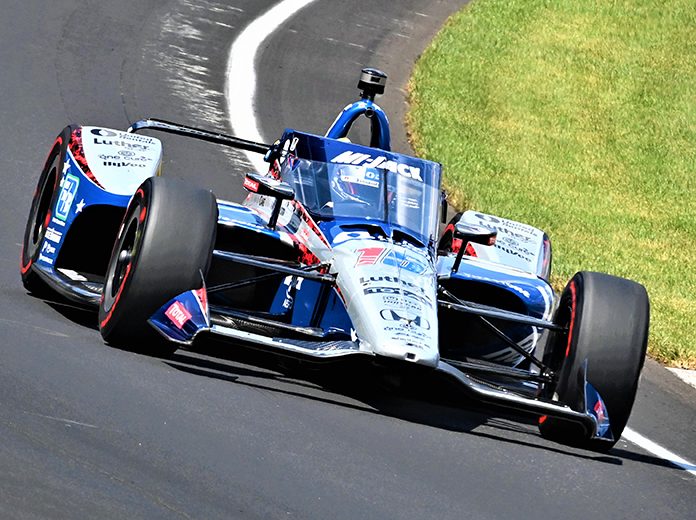 INDIANAPOLIS – A third-place finish in the 104th Indianapolis 500 would typically be big news for Graham Rahal, but that accomplishment was overshadowed by Rahal Letterman Lanigan Racing teammate Takuma Sato, who won his second Indianapolis 500 on Sunday. “It was a great day for our team, the entire organization and all of our partners,” Graham Rahal said after he started eighth and finished third in the No. The race finished under caution and Sato gave team owners Bobby Rahal, David Letterman and Michael Lanigan the victory. Rahal’s father and team owner Bobby Rahal scored his second Indianapolis 500 win as a team owner. “I said I’ve never been as pleased with where the team stands as it does right now. The team results this year already with some good runs by Graham in particular. Team co-owner David Letterman also has tremendous respect for Graham Rahal’s ability as a race driver.