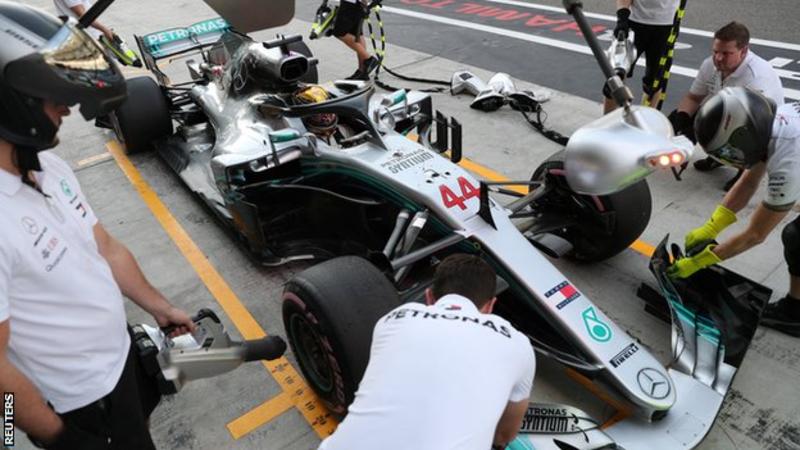 Mercedes have announced their new W10 Formula 1 car will have a shakedown run at Silverstone on 13 February.
Mercedes have won the constructors’ championship for the past five years, while Lewis Hamilton won his fifth drivers’ title with the team in 2018.
Other F1 teams unveil their cars from 11 February although Williams, Haas, and Red Bull are yet to announce dates.
There will be live BBC Sport text commentary on all eight days of the two pre-season tests at the Circuit de Catalunya, which run from 18-21 February and 26 February to 1 March.