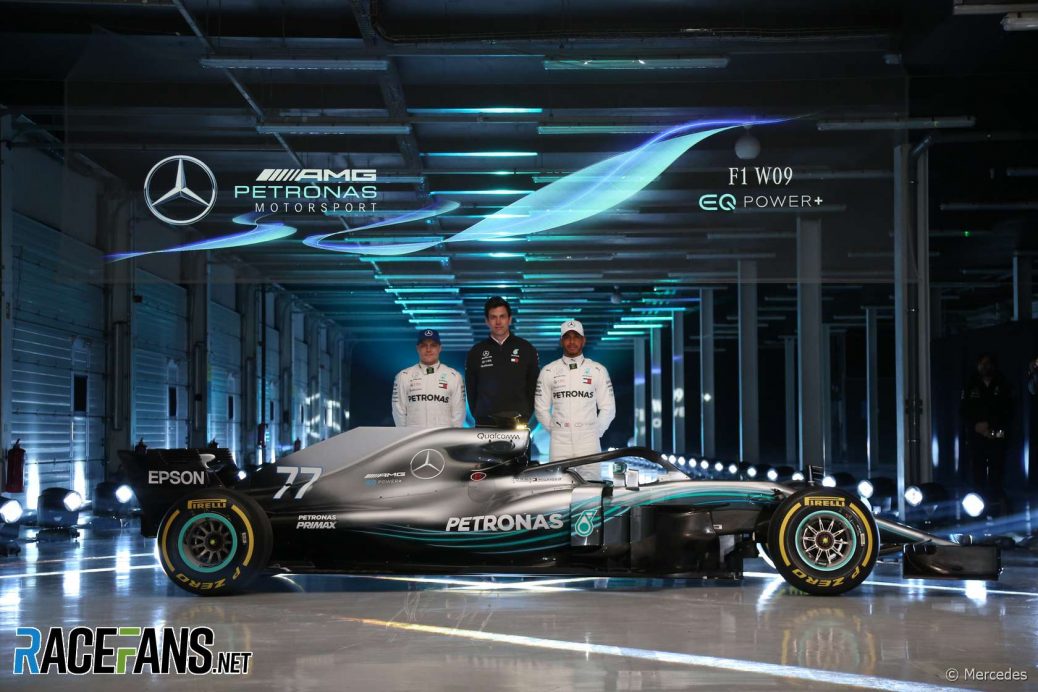 Mercedes will run its new Formula 1 car for the first time on Febraury 13th, five days before the start of pre-season testing, the team has confirmed.
While the world champions have previously held a launch event for the debut of its new car, the new Mercedes W10 will have its first run behind closed doors and will not be shown to the media or public.
Mercedes is the seventh team to confirm its launch plans for the 2019 season.
Toro Rosso is currently set to be the first team to reveals its new car on February 11th.