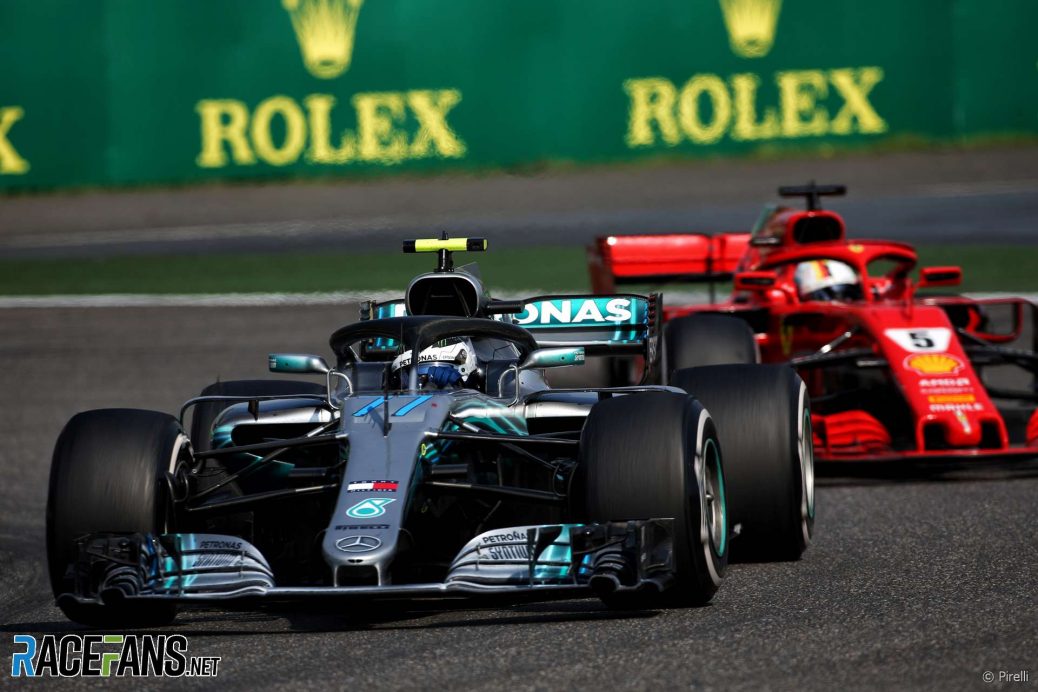 Valtteri Bottas showed he had raised his game in the first half of his second season at Mercedes, according to team principal Toto Wolff.
Speaking at the FIA Gala on Friday, Wolff said Bottas was unlucky not to win races early in 2018.
“I think he performed at a higher level in the first half of the season and that is reflected by the points,” said Toto Wolff.
“The moment you take away the ability to win the championship for a driver that is so focused on becoming a world champion, if he is in a Mercedes, that has a negative impact,” said Toto Wolff.
Wolff said Bottas deserved credit for both Mercedes and Hamilton’s title wins.