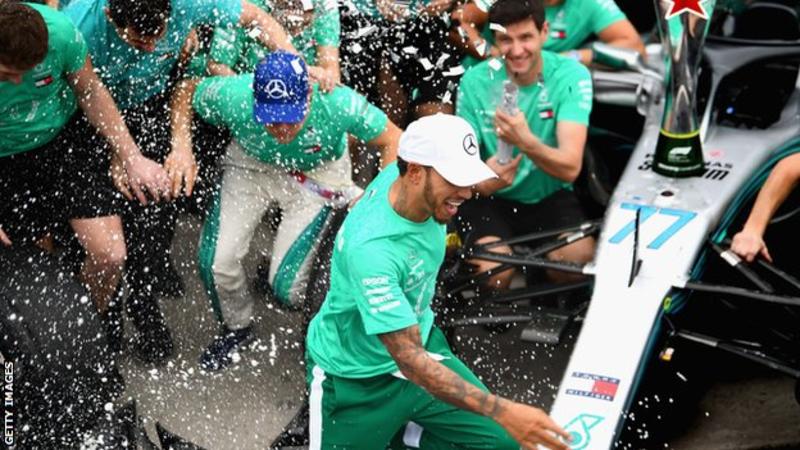 Mercedes boss Toto Wolff said 2018 was his team’s “most challenging season” after picking up a fifth consecutive Formula 1 constructors’ championship trophy.
Mercedes won 11 of the 21 races in a season that also included 13 pole positions and 26 podium finishes, while Hamilton became the joint second most successful driver of all time.
But Hamilton – and Mercedes – had to fend off a strong challenge from Ferrari, with Sebastian Vettel and Kimi Raikkonen eventually finishing second and third in the drivers’ championship.
“I feel honoured to receive this trophy on behalf of everyone in Brixworth, Brackley and Stuttgart who helped to win these championships,” Wolff added.