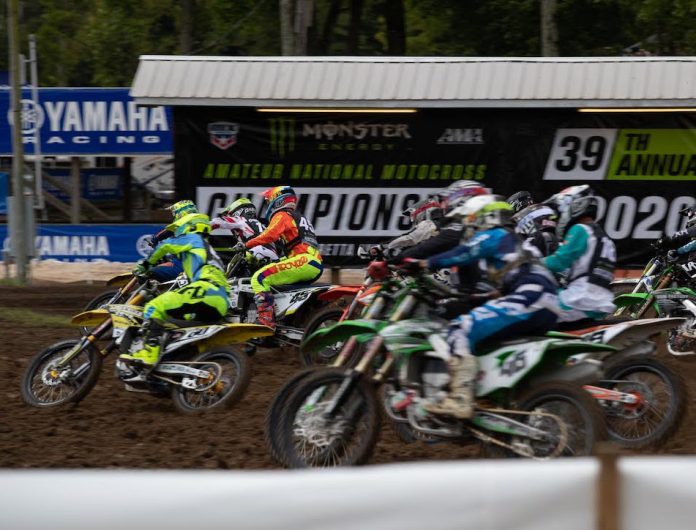 Another Busy Day At The Ranch

HURRICANE MILLS, Tenn. — With another day of racing complete at Loretta Lynn’s Ranch, the championship picture began to shape up in all 36 classes of the Monster Energy AMA Amateur National Motocross Championship. A strong final stretch vaulted Thrasher to his first moto win of the week, with Leblanc second and Romano third. The second moto of the 125cc B/C class got underway with MotoSport.com KTM’s Sage Lewis earning the STACYC Holeshot before Vohland assumed the lead. Vohland cruised to his third moto win of the week, nearly 14 seconds ahead of Linville with Rockstar Energy Husqvarna Factory Racing’s Talon Hawkins in third. Wood did all he could to keep Best behind him, but the Yamaha rider was also riding well and made his way into second at the halfway point of the moto. Out front, Deegan easily brought home his fourth moto win of the week by nearly nine seconds over Best, while Wood parlayed his stellar start into a podium result.