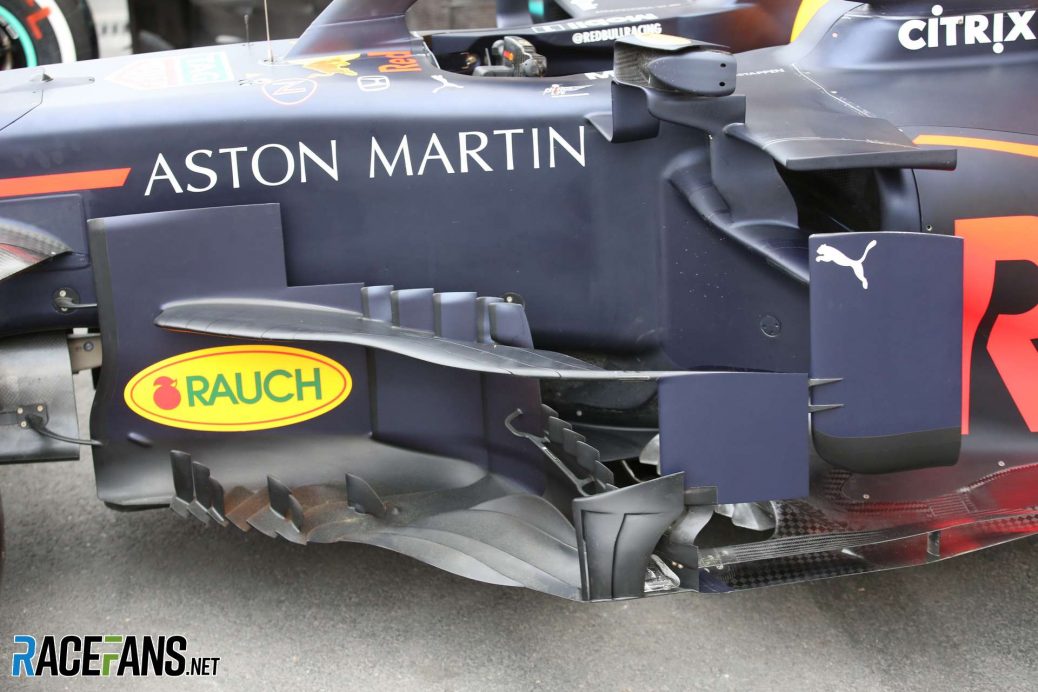 Analysis: Another small step from Red Bull as they close gap to Ferrari | F1 technology

Around the Circuit de Catalunya the Red Bull-Honda RB15 was only 0.085 seconds slower than a Ferrari SF90.
Christian Horner promised a ‘subtle’ upgrade for Red Bull’s car at the Spanish Grand Prix, and he wasn’t kidding.
Red Bull again brought only small changes for its RB15.
The boomerangs are effectively wings, more like aircraft fins than race car wings, as they create lift rather than downforce.
This sounds counter-intuitive, as on an F1 car as downforce is king.
Red Bull’s new boomerang (1) splits into two sections (2) near its outer tip.
Red Bull’s Baku and Catalunya-spec bargeboards.