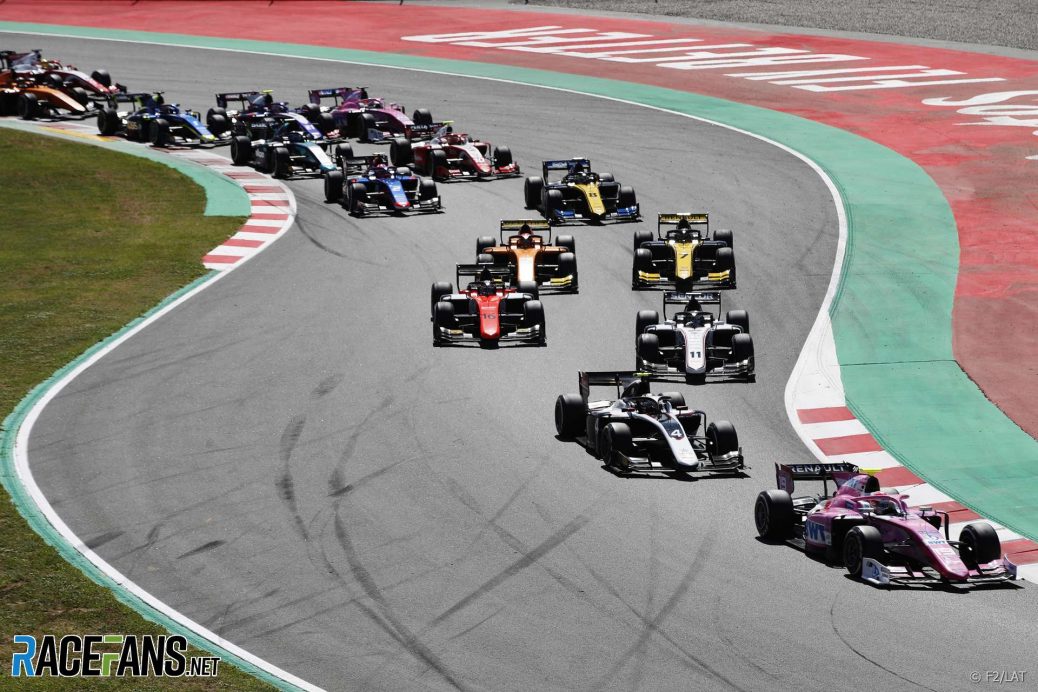 Nyck de Vries scored his first Formula 2 victory of 2019 after passing Anthoine Hubert in the sprint race at the Circuit de Catalunya.
Hubert grabbed the lead at the start after front row occupants Callum Ilott and Jordan King started slowly.
The Uni-Virtuosi driver had already made his way past Jack Aitken, King, team mate Guan Yu Zhou and Hubert on his way through the field.
Zhou also demoted Hubert later in the race, but the former leader beat feature race winner Nicholas Latifi to the line by half a second.