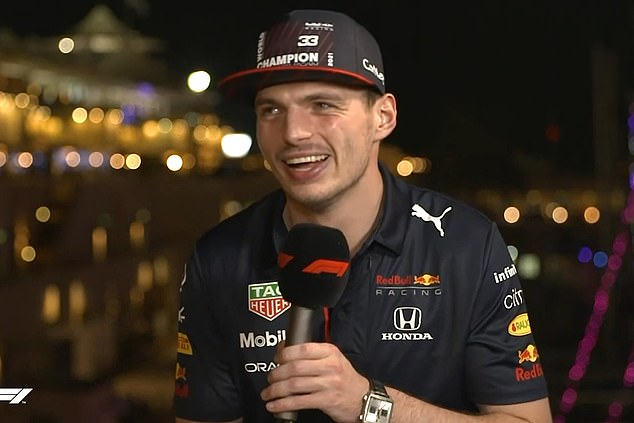 World champion Max Verstappen has confirmed he will be the first driver since 2014 to run the number one on his car. ‘Yeah, I will run it,’ Verstappen said when asked about the number one on Tuesday. There has not been a number one car on the F1 grid since Sebastian Vettel and his Red Bull in 2014. Meanwhile, it has been reported that the Red Bull team stayed up until 7am celebrating their victory on a yacht in Yas Marina. However, Red Bull are back at work and so too is Verstappen, who was pictured driving a few laps of the Abu Dhabi circuit in a post-season testing session on Tuesday.