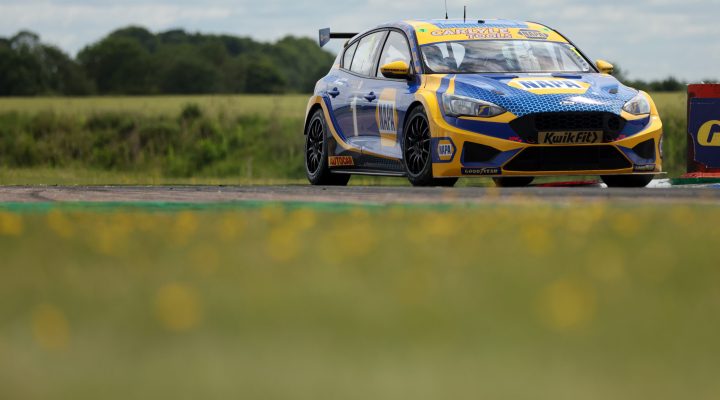 Ashley Sutton continued his success in the Kwik Fit British Touring Car Championship this past weekend (May 28/29) at Thruxton as he scored a hat-trick of podium finishes to move up to second in the standings. The NAPA Racing UK driver showcased his capabilities, as the reigning champion scored an impressive triple podium at the UK’s fastest race circuit.The 28-year-old arrived at the Hampshire venue with a number of changes to his Ford Focus ST which proved to be rewarding as Sutton managed to display some impressive lap times, ultimately qualifying fifth fastest. The opening race of the day saw the three time BTCC champion produce a delightful defence as he speed his way to the final step on the podium.