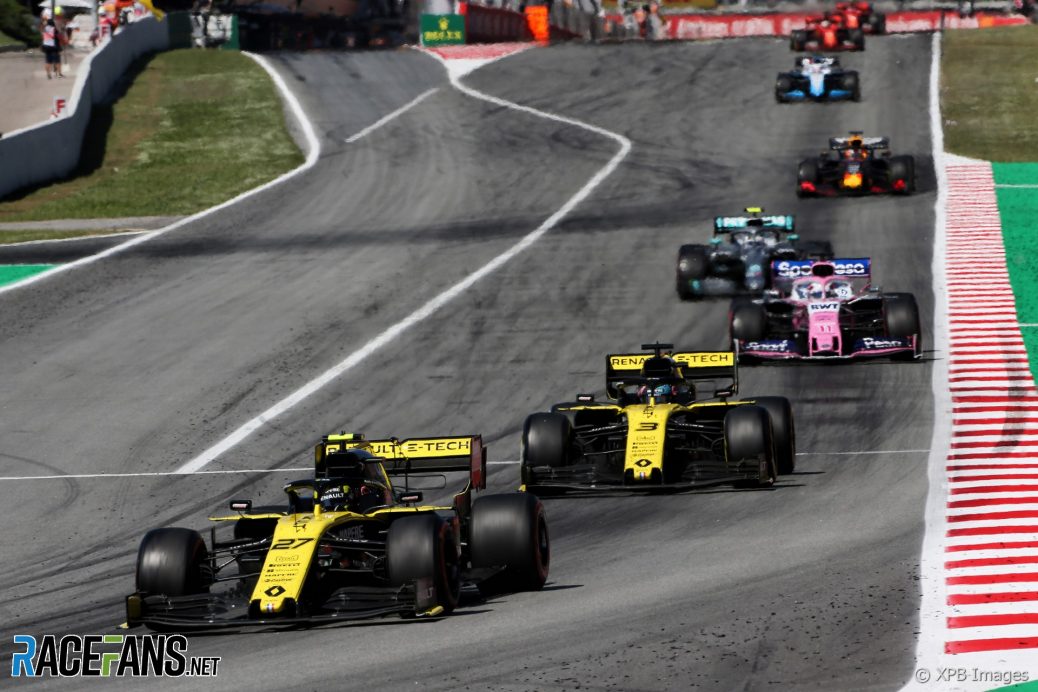 Daniel Ricciardo believes he might have scored a better result in the Spanish Grand Prix if Renault had told his team mate to let him past at the restart.
When the Safety Car period ended Ricciardo, who had just pitted for fresh tyres, was behind Nico Hulkenberg, who was on 10-lap-older rubber.
Ricciardo said he had a better chance of tackling the cars ahead and the team should have considered giving him priority.
“I think where we missed out was the restart,” said Daniel Ricciardo.
Ricciardo admitted he was disappointed to have finished outside the points.