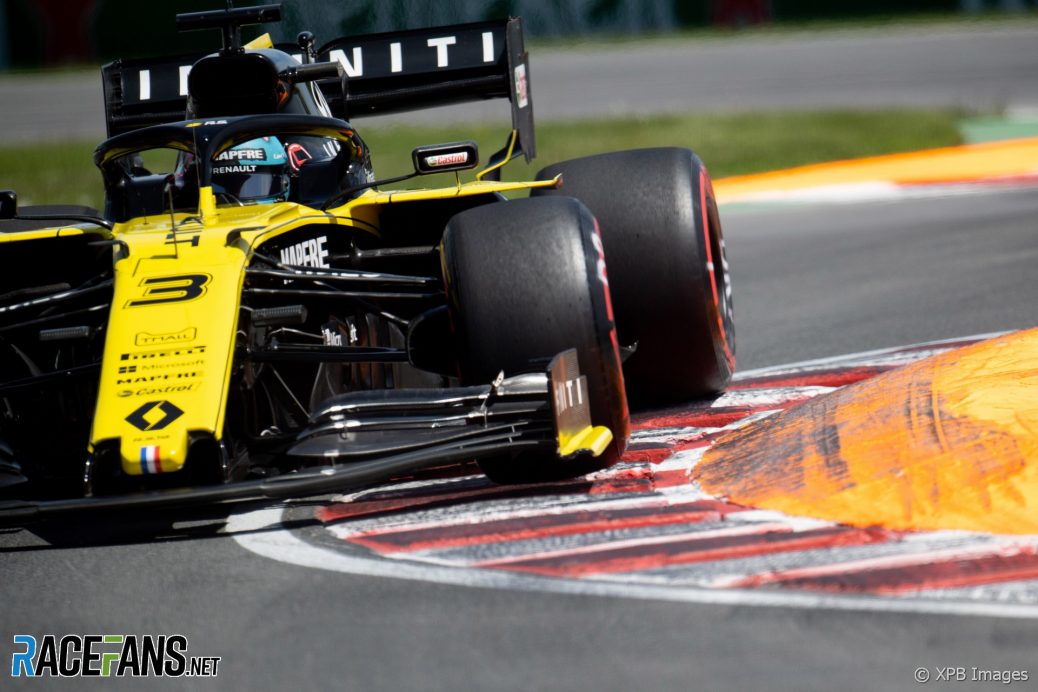 The two Renault-powered teams made the biggest year-on-year gains at the Circuit Gilles Villeneuve, in contrast to former Renault users Red Bull who lapped slower than they did 12 months earlier.
Red Bull failed to beat their best time from 12 months ago, as also happened in Bahrain and China.
Nonetheless the progress of the two Renault-powered teams validated claims made by both sides that Renault have improved their power unit since last year.
The Circuit Gilles Villeneuve track configuration has been unchanged since 2002, allowing us to compare the performance of the cars under the V10 (until 2005), V8 (2006-13) and V6 hybrid turbo (2014-present) engine regulations.