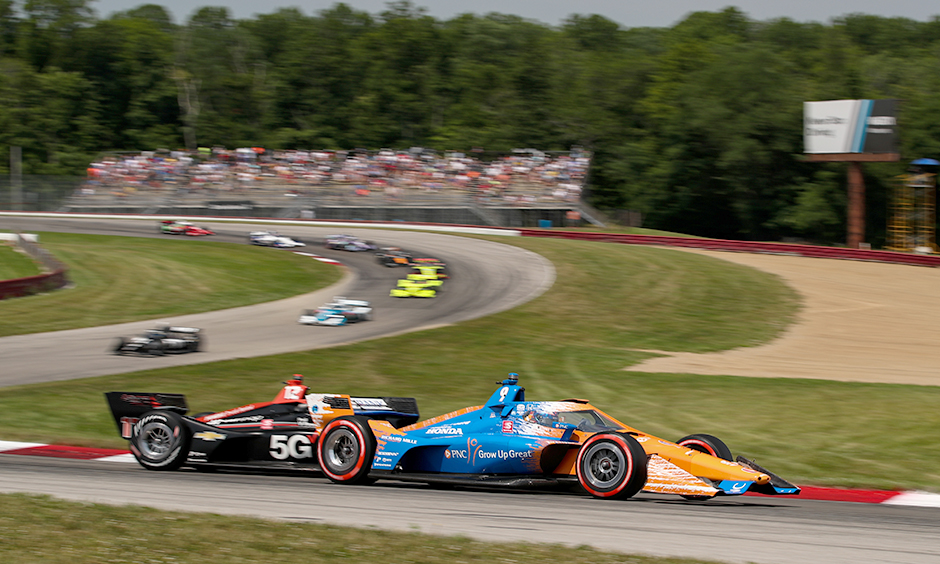 Will Power’s spin in a duel with fellow NTT INDYCAR SERIES champion Scott Dixon for fourth place early in Sunday’s The Honda Indy 200 at Mid-Ohio Presented by HPD Ridgeline was one thing, but how the rest of the field reacted to the Turn 5 incident was something to behold. About half went to Power’s right, the other to his left. “I foolishly left my hands on the wheel when there’s all that smoke,” Power said. Power and Dixon had traded the position twice ahead of the Lap 4 spin. When they arrived at Turn 5, Power ran his left-side tires onto the curb and appeared to have light contact with Dixon’s car. Power thought Dixon “squeezed” him in the corner, but he also said tire selection for he and Dixon to begin the race also played a role. “I slowed up a lot to make sure I didn’t hit him,” Power said of Dixon. Power fell to 11th in the standings, 175 points out of the lead.