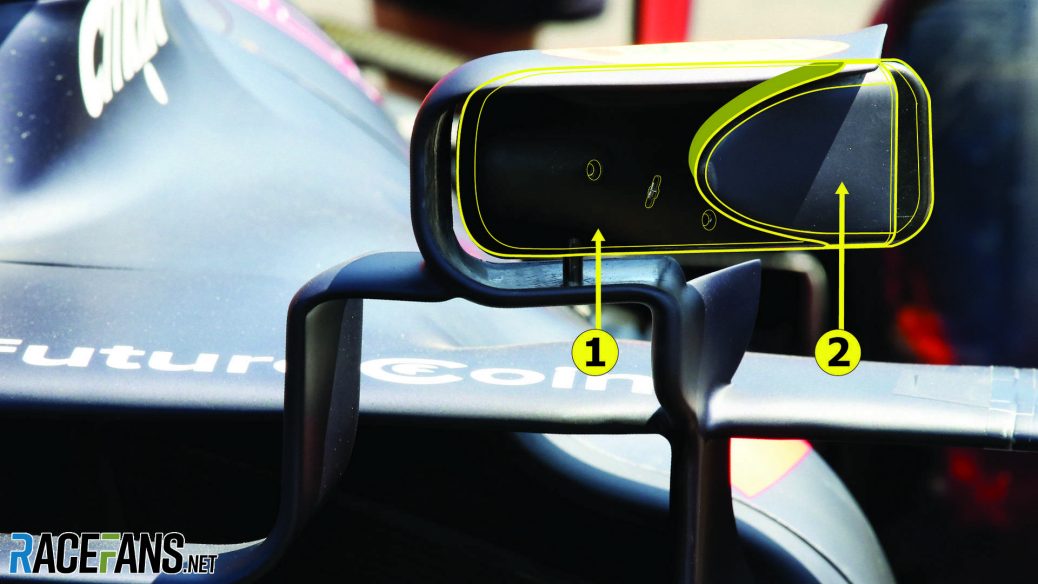 Red Bull have a new ‘spec three’ power unit courtesy of Honda this weekend, but have also brought two aerodynamic upgrades for their RB15.
Red Bull’s workaround up until now, as with most teams, has been to blow air around the perimeter of the brake disc.
With these new wheels Red Bull has redesigned the rotating hub that supports the brake, wheel and wheelnut.
As other teams have caught on to Red Bull’s vaned wing mirror design, it has taken the solution a step further itself.