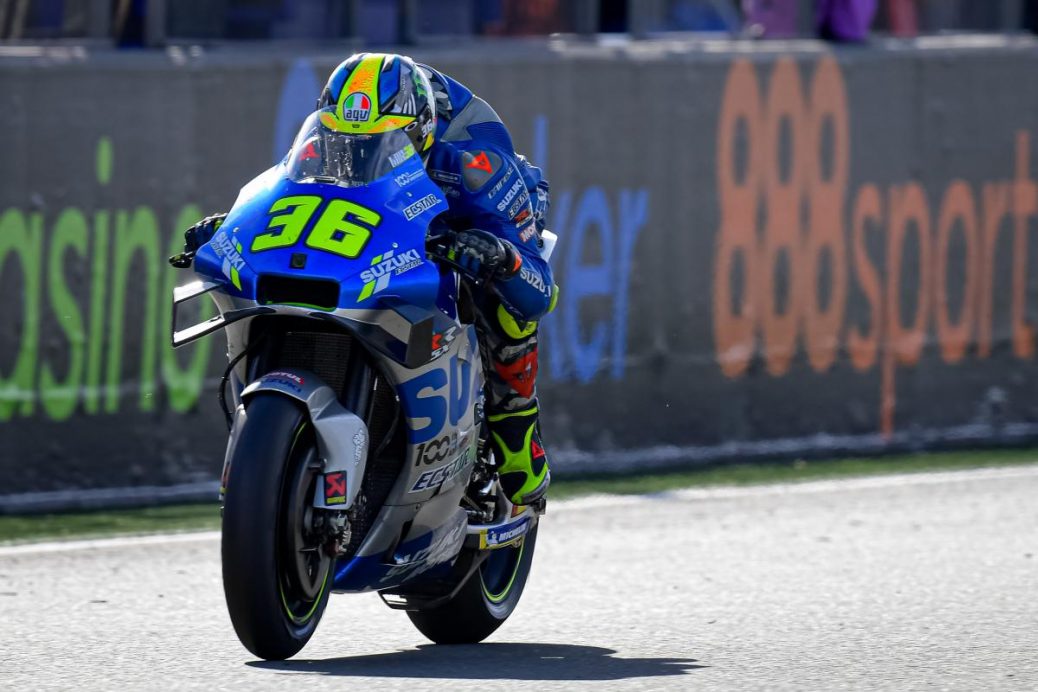 Mir: 2020 World Champion in Valencia IF…

After securing his long-awaited maiden MotoGP™ victory at the Gran Premio de Europa last time out, Team Suzuki Ecstar’s Joan Mir now has his first match point of 2020 after extending his title lead to 37 points with just two races to go. In addition, Suzuki head to the Valencia GP with a seven-point lead over Ducati in the MotoGP™ Constructor World Championship and could clinch the title at the Circuit Ricardo Tormo for the first time in the premier class since 1982, if the following happens: the first Suzuki rider across the line scores 18 points more than the first Ducati rider, one point more than the first Yamaha rider and doesn’t concede more than three points to the first KTM rider. 37 points clear, the Suzuki rider has his first shot at the crown – and it’s far from a long one. The Hamamatsu factory top the Rider, Team and Constructor Championships with two races to go – can they do it?.