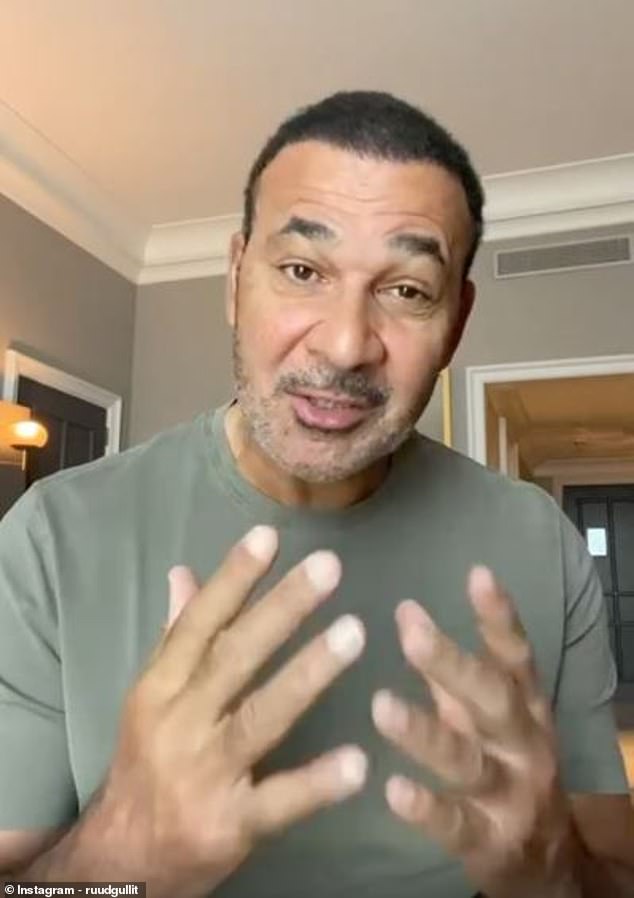 Max Verstappen ‘HAS to be physical’ to beat Lewis Hamilton as the seven-time world champion ‘has a better car’, insists Dutch legend Ruud Gullit… as he bizarrely compares the incredible title race to an FA Cup clash!

Former Holland and Chelsea midfielder Ruud Gullit has waded into the hot topic of the epic Formula One battle for supremacy between Max Verstappen and Lewis Hamilton. The intensity of the fierce fight moved up a notch after the seven-time champion won the Saudi Arabia Grand Prix last weekend following a controversy-filled race. The race was marred by a collision between the title rivals, which Verstappen received a 10-second penalty for, enabling the Brit to move level on points ahead of the season finale this weekend. ‘I follow the newspapers in England and the Netherlands and it reminds me of football.