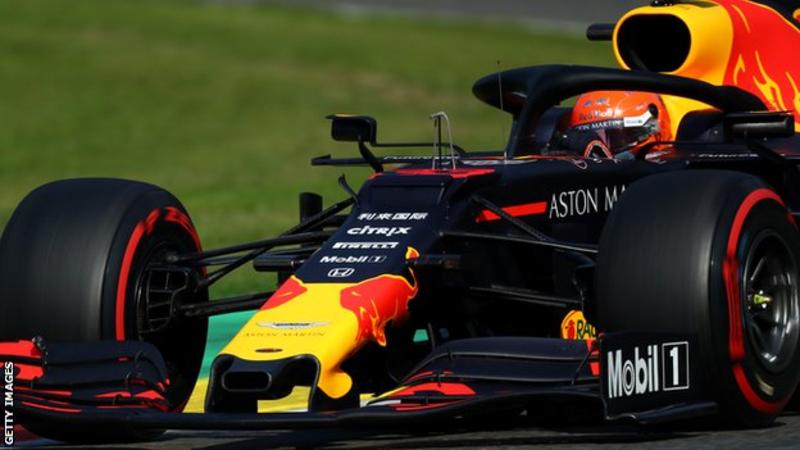 Red Bull’s Max Verstappen will start Sunday’s Italian Grand Prix from the back of the grid as a result of a penalty for excessive engine usage.
The Spec Four engine was run by the two teams’ other drivers, Red Bull’s Alexander Albon and Toro Rosso’s Daniil Kvyat, at the Belgian Grand Prix, although Albon reverted to a previous-spec engine for the race.
Verstappen spoke in Belgium about the likelihood of taking an engine penalty at Monza, and said he was unconcerned about it.
Max Verstappen: “Even if you start from the back I don’t think it’s a big deal.”