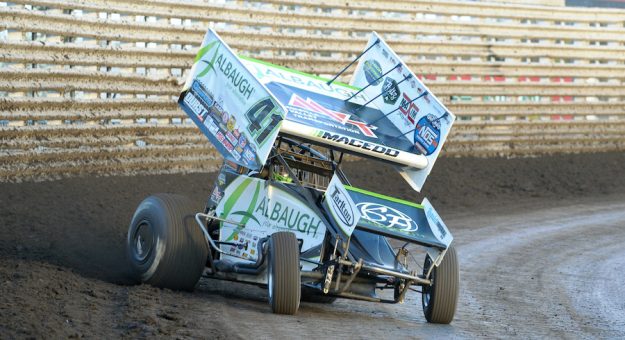 KNOXVILLE, Iowa — Carson Macedo emerged victorious amongst a stout field of 43 410 sprint cars on a beautiful night at Knoxville Raceway. Henderson was a master of the low side early, grabbing second from Phillips. Reutzel used the same line to pass Macedo for fourth, and then Phillips for third on lap three. Up front Henderson stuck the low side of turn one on lap six to take the point. On lap seven, Macedo wended his way past both Reutzel and Hafertepe to move into the second spot low in turn three. Reutzel got past Hafertepe for third on lap nine, while the leaders got into lapped traffic just past the halfway point. Hafertepe recovered to finish second, ahead of Henderson, Reutzel and Kerry Madsen.