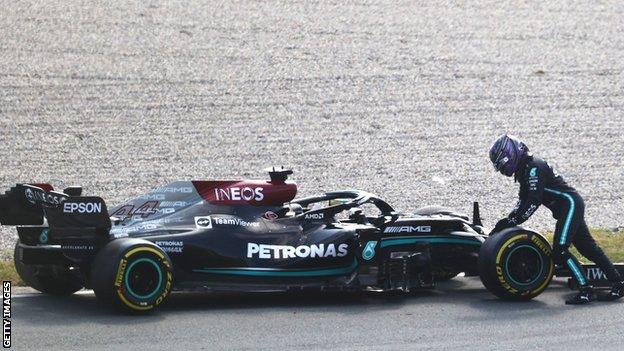 Hamilton’s Mercedes stopped on track after he had done just one flying lap. The car remained by the side of the track where Hamilton had stopped, so he was unable to resume the session. Verstappen’s true competitiveness over one lap was hidden because there were two red flags during the session, one for Hamilton and another when Haas driver Nikita Mazepin spun off at the chicane, and both happened when the Dutchman was on a flying lap. In total, about 15 minutes’ worth of running were lost from the session to the two incidents. But the Red Bull driver looked blisteringly fast on the race-simulation runs later in the session when drivers use full fuel loads.