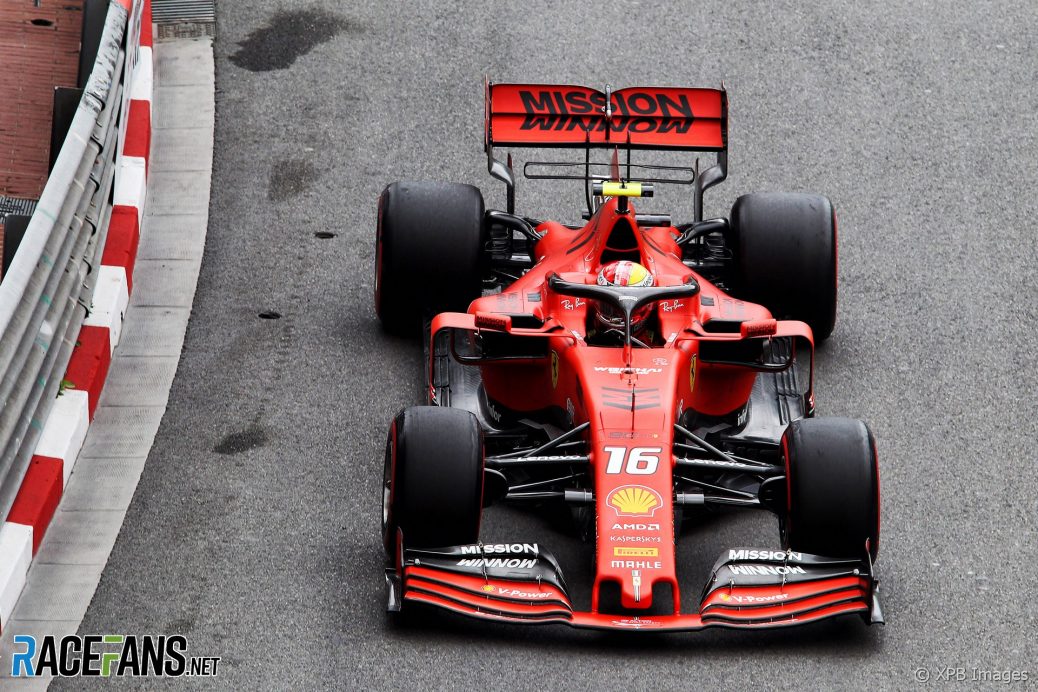 Charles Leclerc will go into qualifying without the threat of a penalty after the stewards gave him a reprimand for an incident during final practice.
The stewards ruled he did not increase his lap time above the minimum target set during the VSC but have given him a reprimand for the incident.
“The VSC appeared when the driver was between turn one and turn two.”
“However, as the VSC is imposed for safety reasons, the stewards determined that the breach needed to be recognised.”
The reprimand is the first Leclerc has picked up this season.