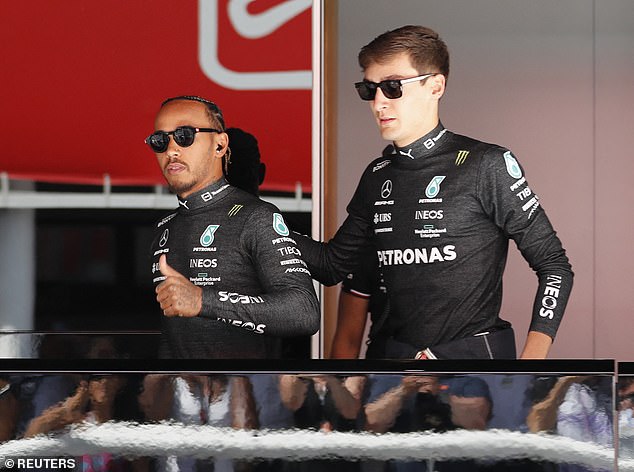 ‘I wouldn’t say I’m the leader’: Seven-time F1 champion Lewis Hamilton, 37, denies being the star in Mercedes partnership with 24-year-old George Russell… as the duo ‘work equally hard together’

Lewis Hamilton has insisted that he not the leader at Mercedes and that he and George Russell work together. Hamilton’s hopes of a record-breaking eighth world championship victory are all but over already this season after what has proved to be a strange F1 season for the 37-year-old. George and I work equally hard together, I would say, to help drive the team and row just as hard as everyone else in the team,’ Hamilton told the Independent. Team-mate Russell, 24, who is enjoying a successful debut season, has revealed that he is inspired by how Hamilton and the whole Mercedes team push each other.