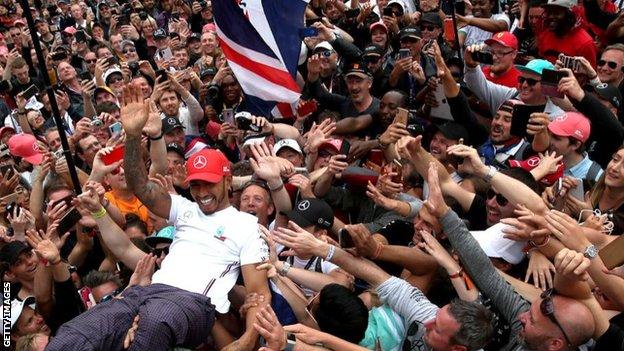 Formula 1: British Grand Prix at Silverstone without any fans promises to be ‘super weird’

The British Grand Prix is always one of the highlights of the Formula 1 season but this year will be like no other. British world champion Lewis Hamilton, who has won the race a record six times, including in five of the past six years, said it will be strange to see the stands empty. “It grows every year and I get to interact with the fans differently on that weekend. Three races into this year’s delayed season, Hamilton leads Bottas by five points in the drivers’ championship. For what it’s worth, the second one will be known as the ‘70th Anniversary Grand Prix’ – a nod to the first World Championship F1 race, which was held at Silverstone on 13 May 1950.