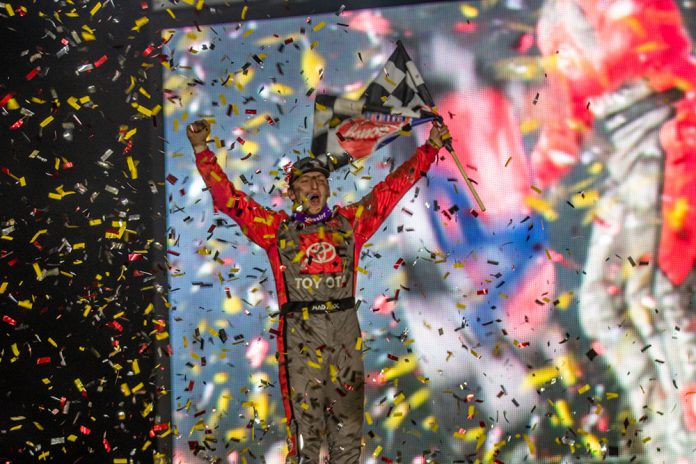 WEEDSPORT, N.Y. — There was a little magic in Max McLaughlin’s right foot as he peddled his Billy Whittaker Cars Super DIRTcar Series big-block modified to his first series victory. Not only did Max McLaughlin win his first series race but he made it happen by passing a Weedsport master Matt Sheppard at a track that McLaughlin once called home, literally. Al Heinke is the reason I’m here right now,” said McLaughlin. I’ve been second to Sheppard, Friesen, Rudolph and everybody in the book. But at Land of Legends Raceway, Sheppard broke through with a win and McLaughlin was in the hunt. My idol in dirt racing growing up was Matt Sheppard and he built this race car. “We got ourselves up in the hunt and it was awesome to watch our buddy Max win his first Super DIRTcar Series race.