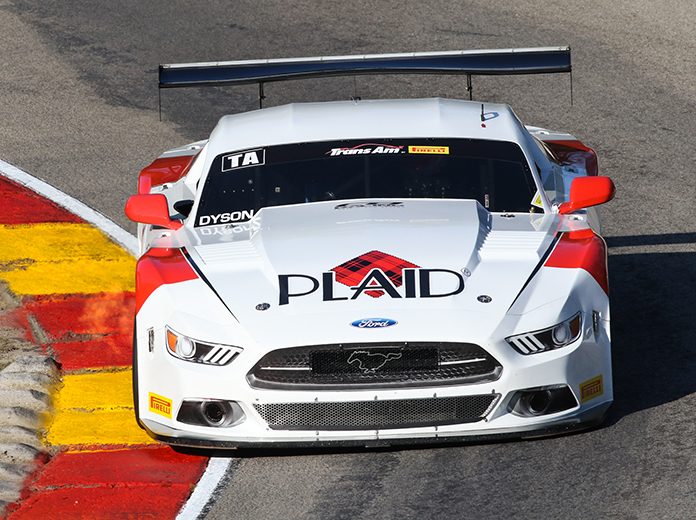 ELKHART LAKE, Wis. – A picturesque Wisconsin summer afternoon set the stage for the fourth qualifying session of season as the Trans-Am Series presented by Pirelli took to Road America on Friday. Chris Dyson captured his second pole position at Road America to lead the Trans-Am Series qualifying for Saturday’s twin 100-mile races. “It’s never easy to get pole in the Trans-Am Series,” said Dyson, whose father Rob Dyson raced in the 1983 Trans-Am event at Road America. The winner of the most recent Trans-Am race at Brainerd Int’l Raceway, Drissi ran a quick time of 2:05.592-seconds, missing the pole by just .103-seconds. The two-time 2020 pole winner will be joined on the second row by Amy Ruman in the No. The two-time champion ran 2:12.207 seconds in the No. I’ve celebrated my birthday at Road America for a few years now racing, but it’s always a good birthday present when you can get pole here.”. Ken Thwaits, who won poles at Mid-Ohio and Brainerd, was second in the No.