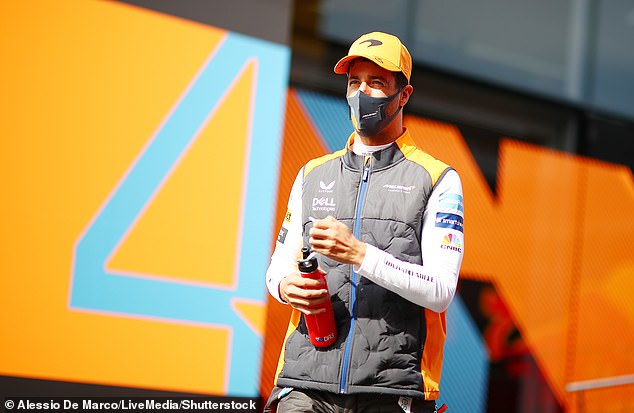 McLaren driver Daniel Ricciardo will sit out pre-season testing in Bahrain after a Covid-19 positive. Ricciardo, 32, will be out of isolation in time for next week’s season-opener in Bahrain. A statement on Friday night read: ‘McLaren Racing can confirm that after feeling unwell from Wednesday onwards in Bahrain, Daniel Ricciardo has now returned a positive PCR test for Covid-19. ‘Under these regulations Daniel will be released in time for next weekend’s Formula 1 Gulf Air Bahrain Grand Prix. ‘Following this, we can confirm that Lando Norris will remain in the MCL36 for the final day of the official pre-season test in Bahrain tomorrow [Saturday].’.