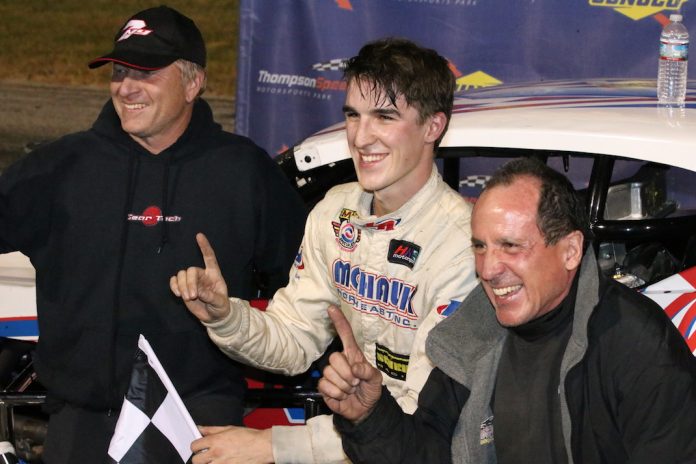 STAFFORD, Conn. — Mike Christopher Jr. and Woody Pitkat took it to the bank with a pair of big victories at the 58th annual Sunoco World Series of Speedway Racing Saturday at Thompson Speedway Motorsports Park. But Christopher was coming on strong behind him, moving under Joey Cipriano for the second spot on lap 23 and catching Dowling a few circuits later. Dowling restarted fourth behind the three cars that did not pit and tore past all of them within a lap of going back to green. When the sixth and final yellow came out on lap 53 for a multi-car tangle in turn four, Christopher was up to third. In the 50-lap Late Model Open feature, Pitkat started on the pole after posting a “+4” in qualifying. However, during the second caution on lap 11 for Andy Lunt’s spin, Cabral suddenly shut down and went pit-side.