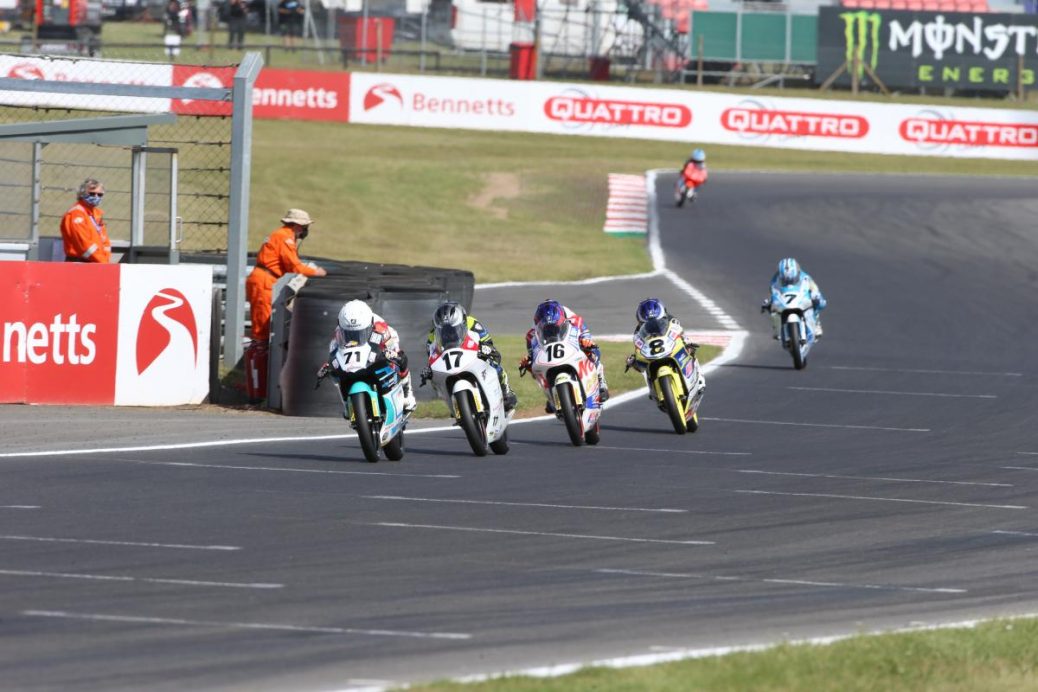 Bourne turns the screw with Race 1 win at Snetterton

Franco Bourne (Franco Bourne Racing/SP125 Racing) has done it again, taking an impressive win in Race 2 at Snetterton to really turn the screw and increase his lead. The number 17 escaped the clutches of Eddie O’Shea (WAM), Charlie Farrer (Victoria House Racing Academy/Mortimer Racing) and Harvey Claridge (City Lifting/SP125 Racing) to take a commanding win, but that three-way fight went right down to the wire. The number 71 also lost out to Bourne before fighting back to slot into second, pouncing not long after to take over at the front. Bourne had made his way back to the front by then, and the number 17 then set about turning the screw. By the final lap, Bourne remained unchallenged and he crossed the line for another win – back to back with Race 2 at Donington – but the long drag to the line decided second.