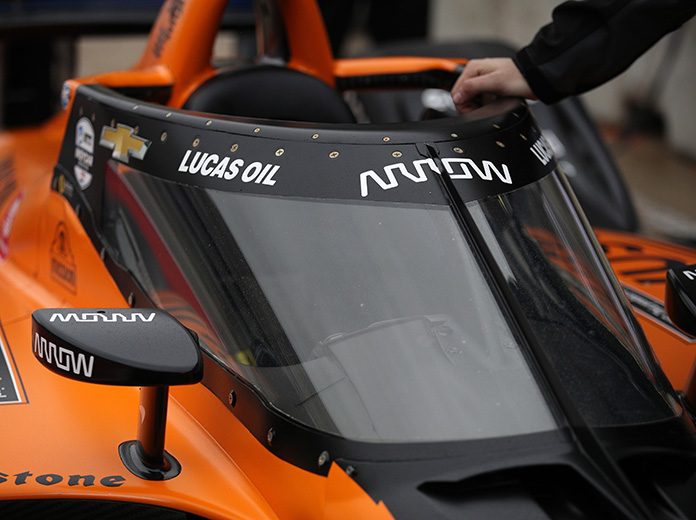 INDIANAPOLIS – The 54th annual Louis Schwitzer Award was presented to eight engineers for their engineering excellence in developing the Aeroscreen for IndyCar, which protects the driver from airborne debris. BorgWarner and the Indiana Section of the Society of Automotive Engineers International gave the award, along with a $10,000 prize, to the engineers. The Aeroscreen is the result of a worldwide engineering collaboration between IndyCar and Red Bull Advanced Technologies (United Kingdom) for the structural design; Dallara (Italy) for the aerodynamic design; manufacturers Pankl Racing Systems (Austria) for the top frame; Aerodine Composites (U.S.) for the lower frame; and PPG (U.S.) and Isoclima (Italy) for the screen. BorgWarner acquired Schwitzer Corporation in 1999 to expand BorgWarner’s turbocharger, engine cooling systems and other offerings.