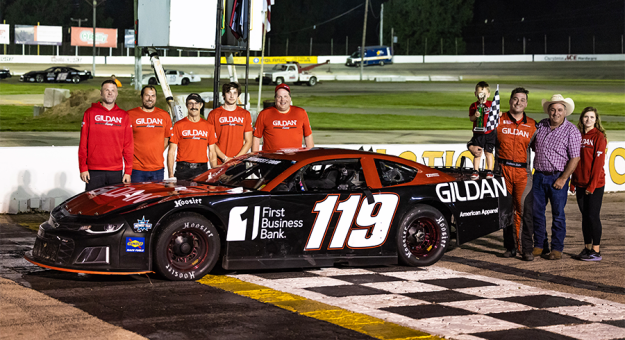 KAUKAUNA, Wis.– An advantageous restart and some maneuvering in the final laps propelled Dalton Zehr to victory lane in Thursday evening’s Fox River Racing Club action at Wisconsin International Raceway. The post-caution restart had Bennett leading the way with Effertz and Zehr in close quarters. Bennett’s lead would not stretch far, as after six more laps under green, Zehr would charge up to 2nd position and challenge Bennett for the lead. A mid-race caution from a solo car spinning would stack the field up yet again, with Bennett still in a close lead over Zehr. On the restart, Bennett chose the outside line with Zehr pulling inside – a move that gave Zehr the competitive advantage. The two would race side by side during and after the restart, with Zehr overtaking Bennett completely on lap 26.